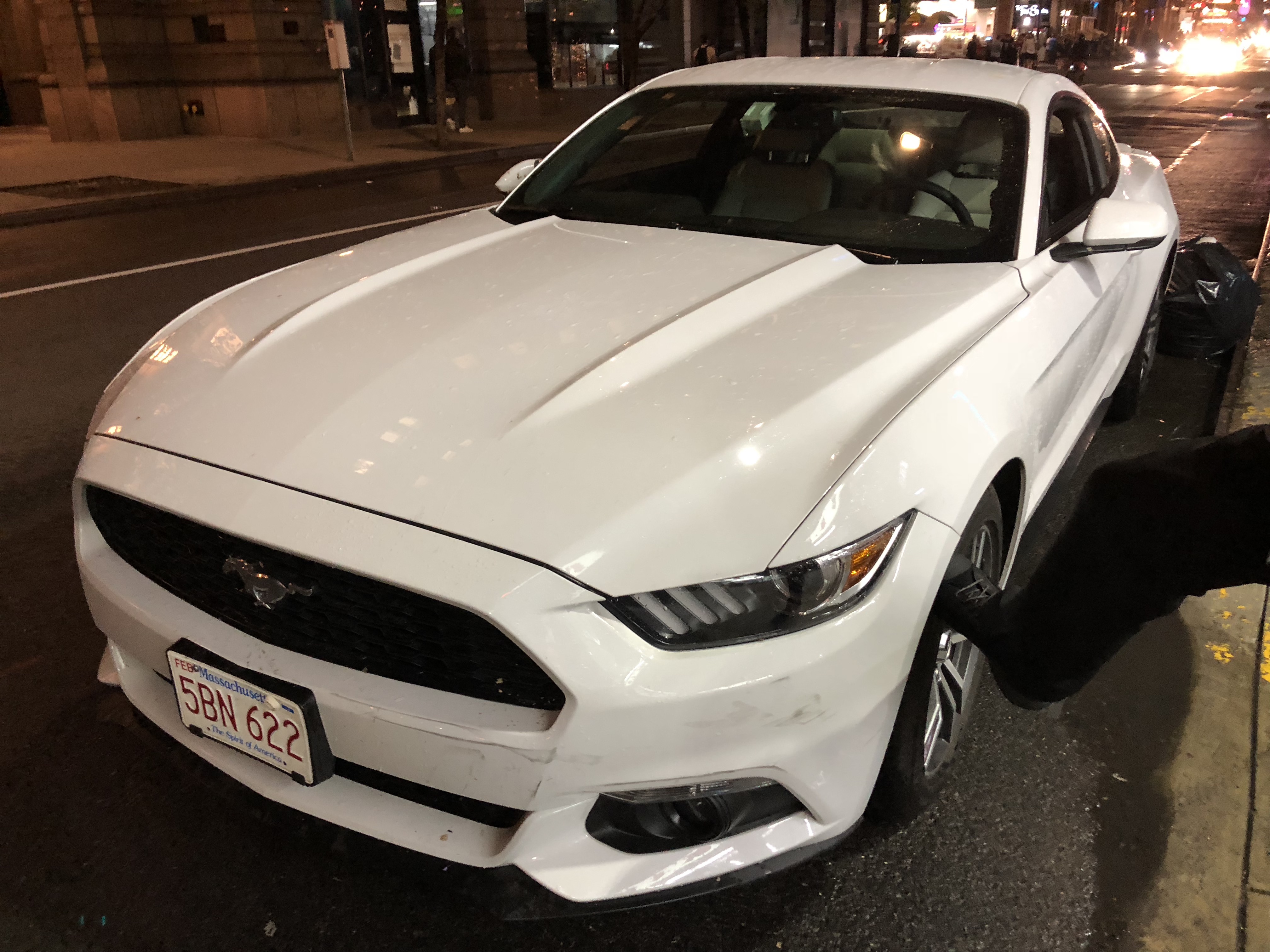 Ok, get some popcorn. Here’s my crazy NYC story about a tornado, a rented Mustang, 3 strangers, and a fracas involving a labradoodle and the NYPD.

I was in the city for the day — came down for a potential client meeting. We were wrapping up around 5:00 pm and noticed the sky getting really dark. I rushed to Penn to catch the 5:47 pm train out of the city, and managed to get in line before boarding started.

Turns out my rushing was in vain, because I ended up standing in line for a long time with “DELAYED” next to the train number on the board. The only information I managed to get out of Amtrak was that there were “trees down on the tracks north of here.” My wife texted me about tornados in Columbia County — likely the culprit. I did meet several interesting folks from around the area, including a kind old man from Hudson who looked like Mark Twain and an elderly woman from Greenwich who regaled me with stories of her peony crop, so all was not lost.

Finally, after several hours, they began boarding the train. We all filed on to the now overbooked train, and I found myself in the opposing seats with I–, a medical tech consultant from Clifton Park, N–, a lawyer from Albany, and B–, a journalist with ESPN with the gentlest little labradoodle I’ve ever met. Conversation ensued, and we were all generally happy to be off our feet and in comfortable seats.

That happiness wore off quickly when they announced that the trees hadn’t been cleared and it didn’t look like we were going anywhere anytime soon. They told us we could get off the train, but then warned that if we did it was at our own risk and could lose our tickets. Everyone suddenly became agitated again, including the conductor, who threatened B– and told him to put his dog in the carrier (even though he couldn’t tell us how long it would be before we’d be underway). Irritable people and bad behavior toward dogs will be a recurring theme in this story.

N– declared that she was not going to wait for Amtrak to sort things out, and suggested that we all split the cost of a rental car. We all began calling rental agencies for availability, only to discover that everyone was sold out… except for a discount place uptown that had a couple of vehicles still available.

We four strangers all made the crazy decision to leave the train together and give up our seats. The conductor was announcing to a large group on the platform that he was “refunding everyone’s ticket.” There was mutual concern about whether or not we’d get a refund, especially if we lost the rental car, but an announcement over the PA system assured us that if we called the customer support line, we’d be able to work out a refund.

We hailed a taxi outside Penn Station, loaded our stuff into the trunk, and begin to pile in. However, when the driver saw the dog, he told us to get out. A shouting match between N– and the driver ensued, which only grew louder when he begin to drive off (with our stuff in the trunk). We managed to get him to pull over and were able to retrieve our luggage. We decided the dog should go into the carrier to make our chances of getting a taxi better, and sure enough, we got one soon afterwards. 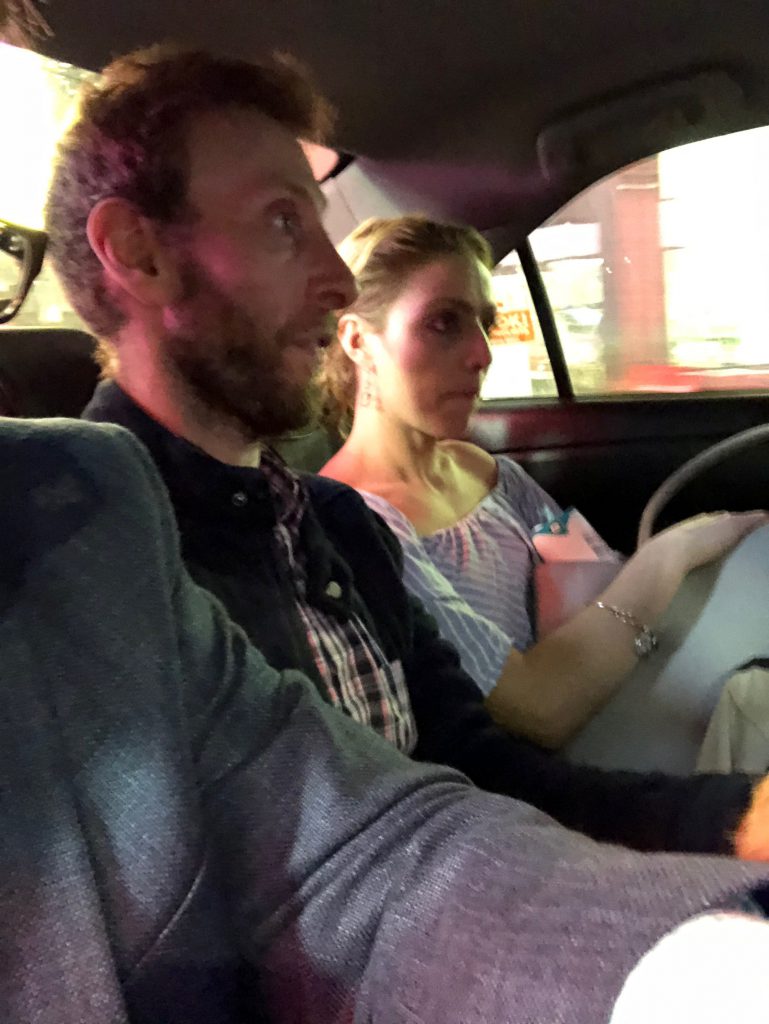 Crammed into a taxi with strangers and now even more agitated than before, we headed north and arrived at the rental agency. We hurried inside and were surprised to find a relatively small line at the rental counter, so I waited with B–, I–, and the dog while N– got in line to secure the rental car. B took the dog out of the carrier and put it on a leash to stretch a bit and walk around (the poor thing had also been cooped up waiting for the train). The dog must have come a little too close to the security guard, because the guard growled “Get that dog away from me, or I’ll kick it.” Needless to stay, this started yet another profanity-laced confrontation centered around the dog. (Remember the recurring theme?)  I decided to check on N– to see how the rental was coming along, and I told her about the guard’s threat, which in hindsight was a mistake, because upon hearing it, she stormed out into the garage and put on a charade (tears included) about how the dog was her service dog. This escalated the situation – which I was watching from the back office – even more.

The next 15 minutes were a chaotic blur. The security guard came back to the office with N– close behind. The security guard demanded the manager make them leave the property because the dog had tried to bite him (it hadn’t). N– alternated between hyperventilating (real or not, I couldn’t say) and threatening ADA legal action. After some insults from the manager, they left, but B– returned shortly afterward in a huff, arguing that he was a journalist and would tell the story about how they had threatened his dog and now were refusing service to customers because of it. B– had also called the cops. Apparently, we weren’t getting a rental car tonight.

The man waiting in line behind me found this all amusing — until the cops were called— at which point, he skipped me in line (which I said was totally fine) and declared that while we were figuring this… uh… “mess” out, he’d be getting his car and leaving thank you very much. The manager started to ring him up, at which point I– came back to the office, completely flustered that they were refusing us service, to interrogate the manager. Then fracas took an interesting turn: the man in line began to get into a NYC-style shouting match with I–, so much so that I was legitimately concerned it would turn into an actual brawl. I tried to step in as peacemaker and encouraged the nice man to just get his car and get on his way, but the volume kept increasing. Then the police arrived.

I– left the office, which brought the temperature down, and the irate customer scribbled his name on the paperwork and disappeared into the angry New York City night. I stayed pretty much quiet, repeating over and over in my head: “cooler heads prevail.” I really wanted to get home – with or without this group – so I calmly asked the manager if he’d be willing to rent to me. I was just a stranded train passenger trying to make peace and get home to his family, no matter how crazy the strangers he just met tonight were. Cooler heads prevailed. The manager said yes.  A few minutes later, an NYPD officer who seemed friendly with the manager came in and asked what was up. The manager told the officer that the group out there was making a scene and that he wasn’t going to rent to them. The officer and manager left the office to sort things out (presumably), and I continued to wait for that precious paperwork, which seemed to be taking a long, long time. Eventually, the manager and the officer returned, and the officer pulled me aside, “Look, they’ll rent to you, but only if you’re not a part of this group.” I assured him I only met these people tonight. “Okay, but the woman out there says you’re her friend and you’re lining up the rental.” I argued that while I was hoping to drive them home so we could split the cost, the rental was on my credit card, and I was taking the risk. He lowered his voice, “Fine. I’m just going to have them wait down the street. If you decide to pick them up after you rent the car, that’s your decision.” Fair enough. 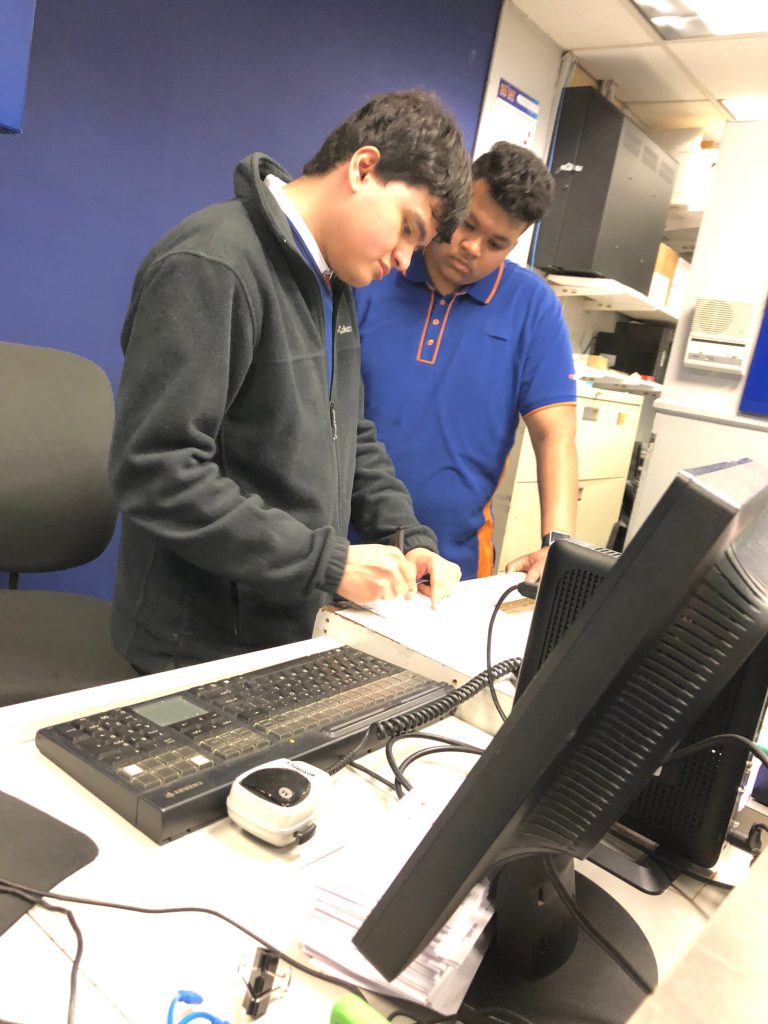 I signed the paperwork, thanked the manager, and courteously suggested that if his employee had not threatened the dog but simply asked them to step outside, this whole thing might have been avoided. Not surprisingly, everyone there tried to justify their own actions (including the security guard).

I stepped out to pick up the car, and – as if to put a cherry on top of this absurdist fever dream – the security guard pulls up with a brand new, white 2018 Ford Mustang. I laughed out loud, loaded up my bags, then drove up the block to pick up the rag-tag bunch of strangers and adorable little labradoodle I met on a canceled train in New York City.

The rest of the story includes some additionally absurd highlights, like deep philosophical conversations about faith and the nature of the human mind or driving through the back roads of Germantown at 2 in the morning in a brand new Mustang, but the high point of absurdity was most certainly the ruckus at the rental agency.

The upside of all of this? I got to take my kids joyriding last night before returning the car. 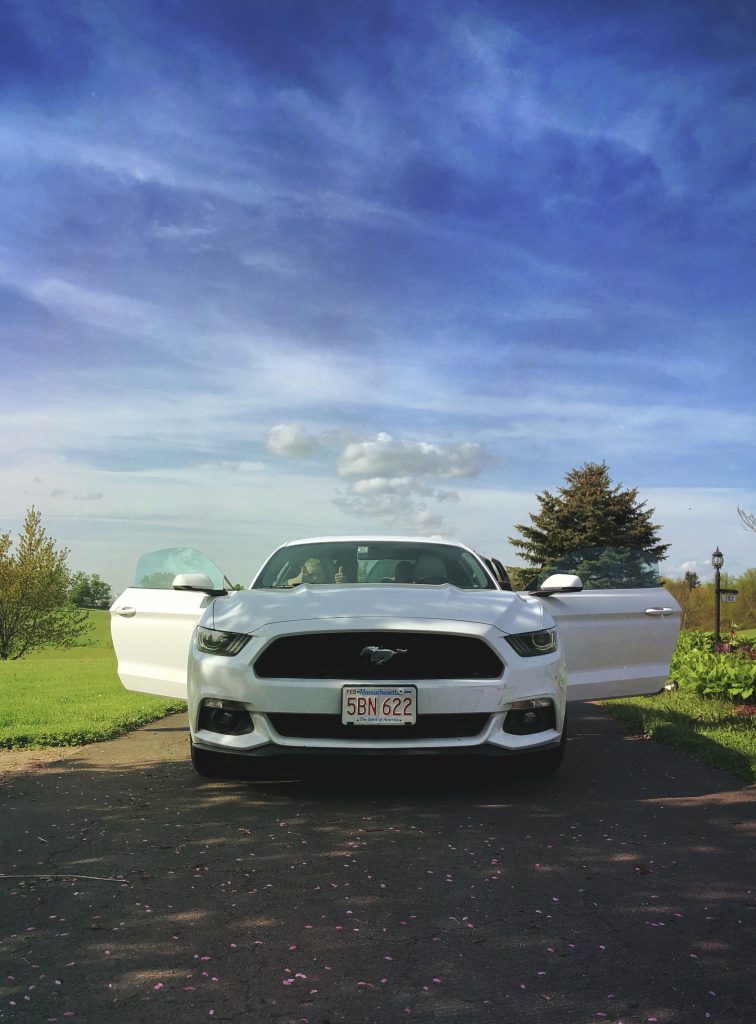