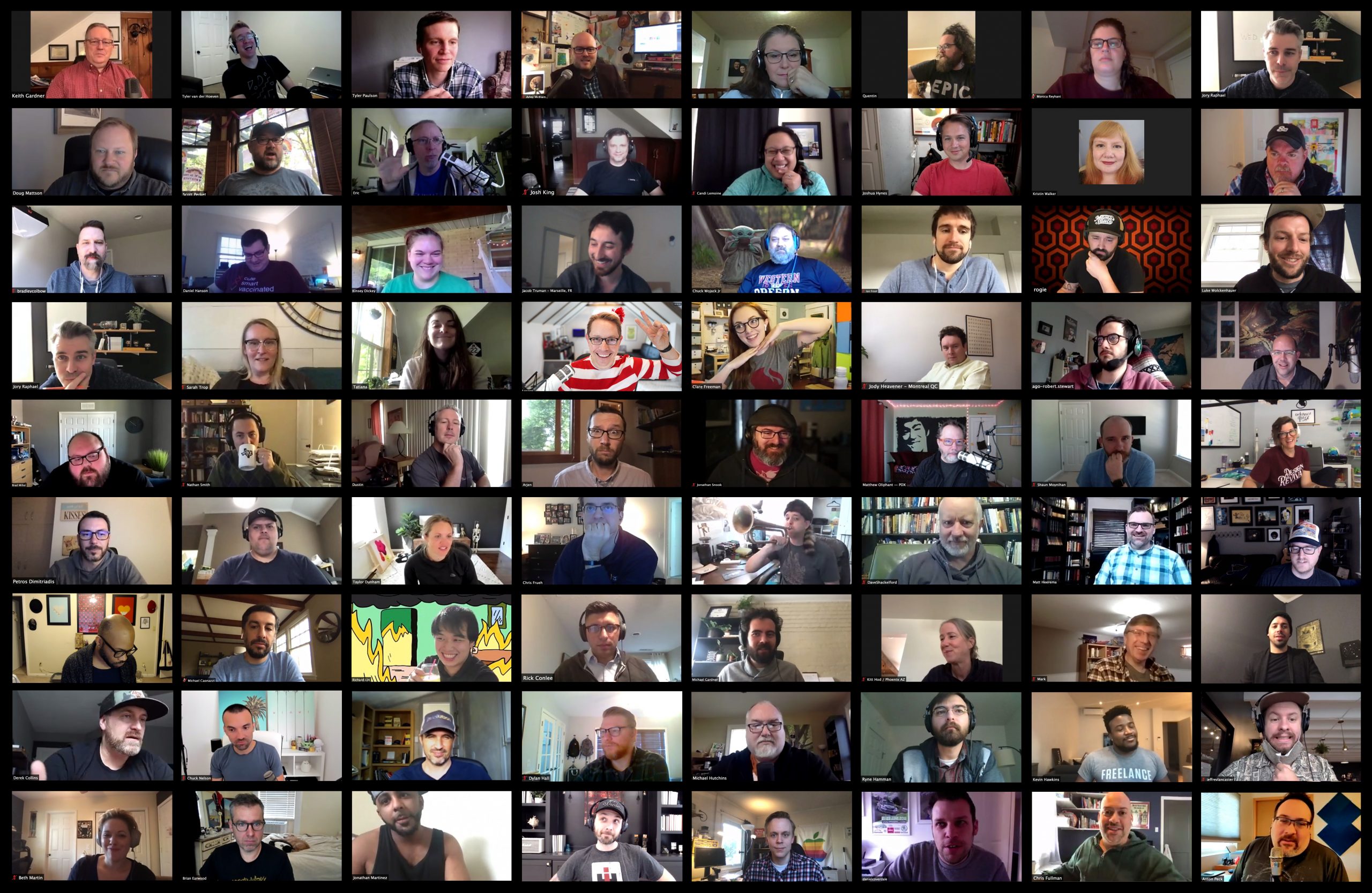 The world hasn’t completely shut down yet — that will happen Friday the 13th — but things are definitely getting weird.

I didn’t have any grand plan around building a community. I’d just been working from home for the last 10 years and knew how challenging and lonely it can be to sit in front of your computer all day not interacting with anybody in any meaningful way, and I thought offering people a place where they could chat with another a human being might be a welcome respite, especially against the backdrop of a global pandemic.

The first few days, only a few people joined. But over the course of a few months (and thanks to some friends sharing it with their friends), the number of people who joined continued to grow. I hosted a virtual coworking session (lovingly dubbed “cowrok”) almost every weekday for the last year — about 260 sessions or so.

One of the unexpected benefits of the calls, especially early on, was that people from all around the country (and the world) began to share about how they were dealing with COVID19 — layoffs, anxiety, loss, government response, etc. That global perspective served as a potent reminder for me: we’re all in this together.

People hungry for information, normalcy, and human interaction proved fertile ground for the growth of something greater than the sum of its parts.

I’ve learned a lot over the last year and have some thoughts about why this idea resonated the way that it did, and I’ll talk more about that at the end of the post, but I think it’s only fitting first to say thank you to all of the people who participated in our daily calls. This community isn’t really anything without them.

Lots of people came and went over the course of this past year, but these are some of the folks I’d consider more “regulars attenders” than most. Be sure to check them out, they’re really neat individuals.

In no particular order:

Here’s a list of the people who weren’t necessarily frequent joiners, but joined a call at some point over the last year:

It’s hard to pick out all the meaningful memories from 300+ hours of conversations, but here are a few good memories, quips, and inside jokes to leave you with:

Cowrok calls happen Monday – Friday from 10a-11:30a ET. All are welcome. Follow @plasticmind to get notified when a new session starts.