I’m going to beg your indulgence for just a moment while I talk about my son. I’ve been meaning to write this since he was born; but as every parent alive can tell you, days turn to months and months turn to years. So while I have this quiet moment sitting beside Ethan in a hospital room as he recovers from his lip repair surgery, I’m going to make the most of it. 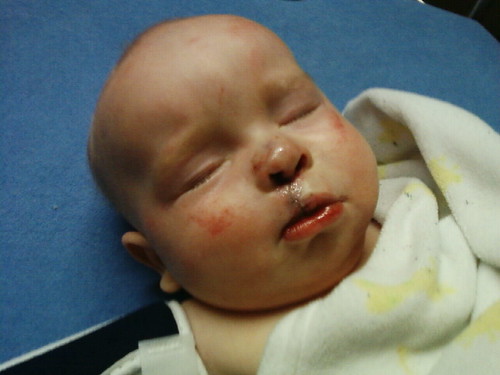 Something most parents wont tell you is that you don’t love your children as much when they’re first born as when you’ve spent some time with them. Oh, it’s still love, but it doesn’t have nearly the same depth. The newborn is a stranger, an alien to your family—you welcome him and feel a sense of care and duty; but as with any relationship, time makes that relationship grow, gives it depth and value.

I bring this up because it may help explain why understanding the concept of parenthood is so elusive for non-parents. Yes, there is a deep, mystical bond between parent and child; but I don’t think that’s the ultimate strength of parenthood. The power of parenthood comes as the relationship grows and matures.

There is a bittersweetness to this growth. Jessica and I celebrate tiny milestones in Ethan’s independence: the first time he rolled over by himself, the first time he sat up by himself, the time he learned to entertain himself with a toy; but as he grows, he needs us less and less. This is good and natural, but it is the bitter part of parenthood. Soon he won’t need us at all and we can watch with tears and with rejoicing as he makes his way into the wide world.

That is not this moment, however; this moment he is very dependent. He is a helpless tangle of cord and blankets, his face swollen from the fluids being pumped into him. Those piercing blue eyes, full of simplicity, seem to ask: “how could you let them do this to me?” He knows enough to recognize his pain, but not enough to understand the long term benefits just yet.

And the real irony is my own dependence: placing him in the arms of a person I’ve only just met and letting him cut my child’s face to pieces, while I look on helplessly, dependent on doctors, nurses, God.

But that dependency is not a weakness, it is an important part of reality. And that reminds me of the most important lesson I’ve learned about parenting: it is not an exact science. Children are analog, not digital 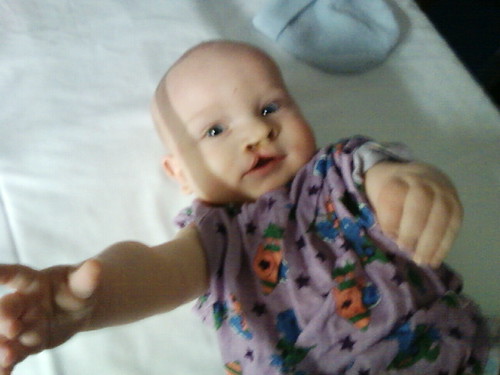