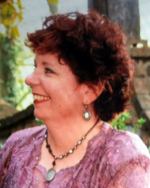 I had the privilege of calling this woman my mother-in-law. I know that phrase that often stirs up a lot of negative stereotypes, but if anyone could rescue the term, it was this remarkable woman.

She was a woman of priorities. Nancy was willing to set aside a blossoming career so she could raise her children as she saw fit. I didn’t have the privilege of knowing her at that time, but I’ve certainly seen its effect on the lives on her children. It’s a legacy of making time for the important things that will live on with Mat and is already living on with Jessica, the mother of my son.

She was a woman of hospitality. In fact, I can honestly say I would not be here today if it were not for Nancy’s hospitality. I was a single (rather miserable) teacher at Northern Dutchess Christian School where Nancy was serving on the board and I had almost an hour drive each day coming in. So Nancy, in her typical giving way, offered their home to me if I couldn’t make the drive home and told me “make yourself at home”. It was through this offer that I grew close to the Clum family; and no—there were no ulterior motives. I actually grew to love Dave and Nancy long before before I had even met Jessica.

Nancy was a woman of strength. I think everyone who knew her at some point has heard the words: “So… here’s the plan”. From her role in getting the Northern Dutchess Christian high school started to her ministry involvement in countless churches around the Hudson Valley, she was not afraid to take action. Anyone who knew her could attest to Nancy’s great strength and determination, but she was not a hard woman.

Nancy was a woman of love. Looking back through all the pictures as we prepared the photo board for her wake, one recurring theme became evident: she brought people together (and fed them!) There were pictures of people crammed together on the couch, on the deck, in the car, in the yard. I can’t tell you the number of people who said to me at the wake: “I think I remember you from that large gathering at the Clum’s house.” Less then a week before she passed away though she was very weak, Nancy still wanted to sit on the couch in the middle of all the commotion; she said she loved the laughter.

Nancy was a woman of joy. This was a woman who helped me fool my wife into believing I hadn’t asked them for permission to marry Jessica; so much so that when I did finally pop the question, her response was “Wait, did you ask my parents?” Just a few days before she passed away, Dave and I were adjusting her in her bed; but she didn’t want be adjusted. And she let us know that by jokingly reminding her husband that she still had enough strength to karate chop him in the head.

But most importantly, Nancy was a woman of faith—and not just any faith. Nancy was driven by an intense desire to bring glory to her Savior Jesus Christ, whether it was through her life or through her death. In fact, just two weeks ago Nancy and I were talking about the future and she spoke with great confidence about heading to heaven, but her concern was with glorifying God as she passed through the valley of the shadow of death. That’s why we tried to make her funeral service a time of tearful celebration full of songs and rejoicing; the hard part is passed. And now that she’s gone through death’s doorway, she is in a place of eternal joy, a place where as Revelation 21 says: “He will wipe away every tear from their eyes, and death shall be no more, neither shall there be mourning, nor crying, nor pain anymore, for the former things have passed away. And he who was seated on the throne said, Behold, I am making all things new. Write this down, for these words are faithful and true.”

Nancy would have been the first one to admit her shortcomings, yet she found confidence in the gospel. Christ’s death burial and resurrection applied to her, not because of all the meaningful things said about her at her funeral, but simply because our God is a God of mercy and grace—qualities that Nancy herself lived her life trying to emulate.