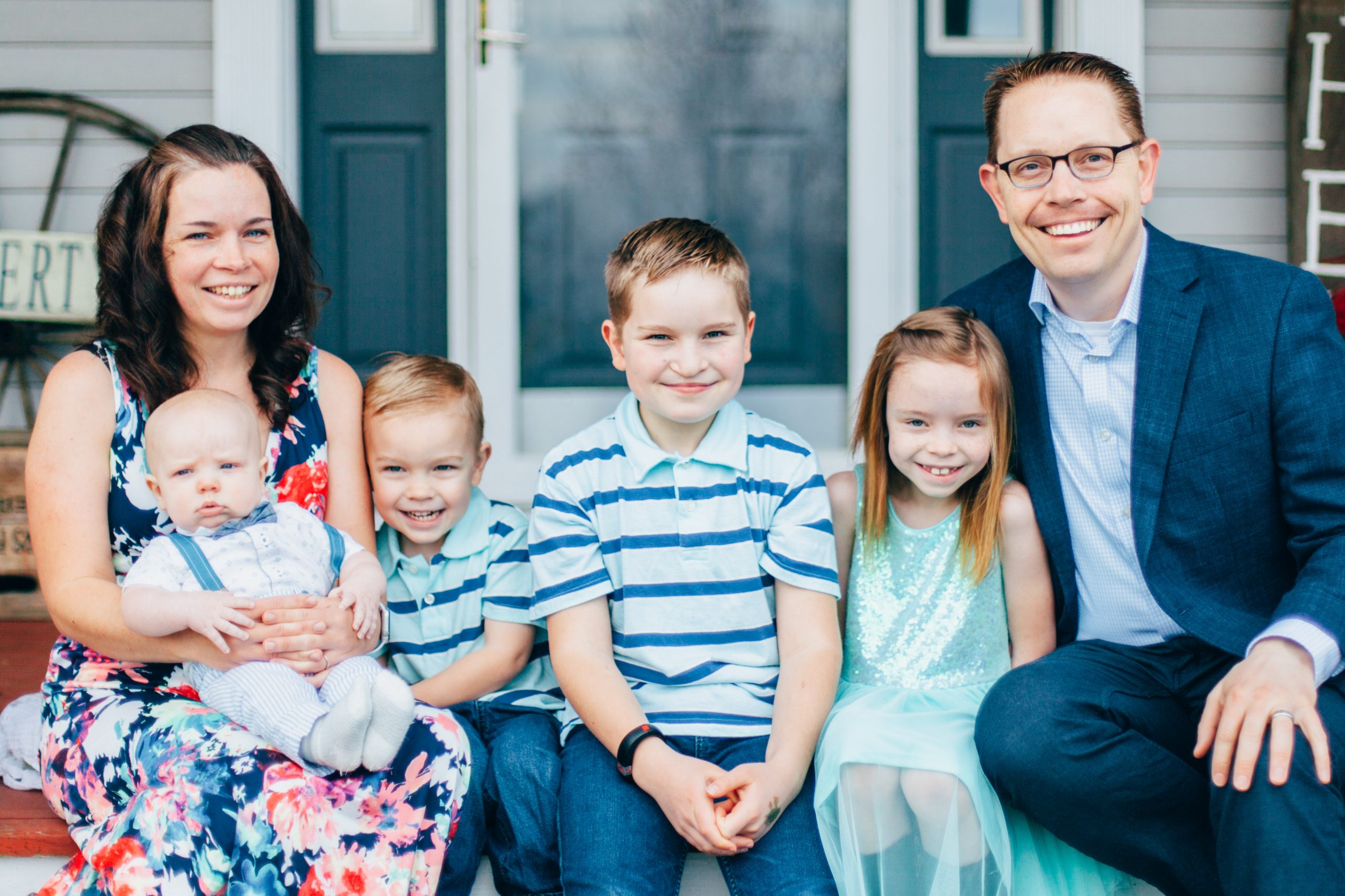 Because I couldn’t really call it “a decade in review.”

It’s been a long time since I wrote a year-end review.

So long, in fact, that I’ve attempted to capture highlights from multiple years and ended up turning it into a novel. Seems like the longer you go without documenting the big events from a given year, the more you feel like you need to include it in the next year’s review. At some point, all the years begin to blur together, and you end up with “a decade in review.” Let’s just call this 2019(ish) In Review: The Novel.

For everyone’s sanity, I decided to break this up into multiple parts: family, travel, work, etc. Today, recollections about our family (new baby!), our farm (raspberries!), and our homestead (renovations!)

These past few years have been eventful for our family. 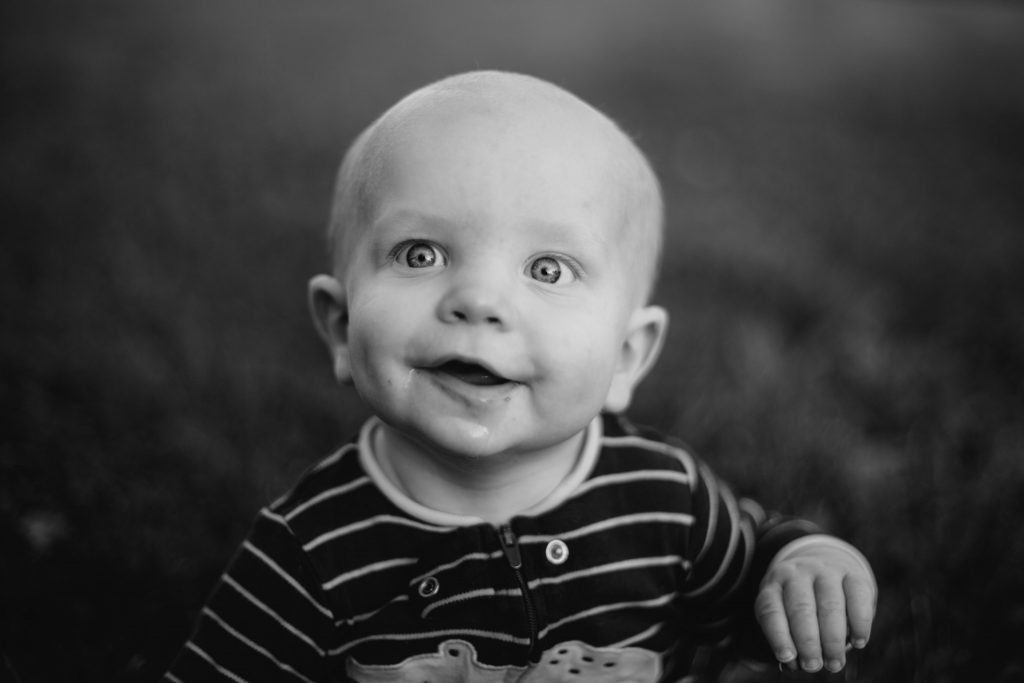 One year ago, almost to the day, we welcomed Elliot David Gardner into our family. He was our largest baby: 9lbs. 11oz. He’s also a silly baby. he loves to make people laugh. He started as a good sleeper, but we’ve had some rough patches lately. People have asked if child number 4 is difficult. There’s a sort of bitter-sweetness that comes with knowing its your last child. Knowing that this is the last time in life we’ll be dealing with constant sleep interruption or dirty diapers takes the edge off it and helps us rather savor those moments. That’s what keeps us going. 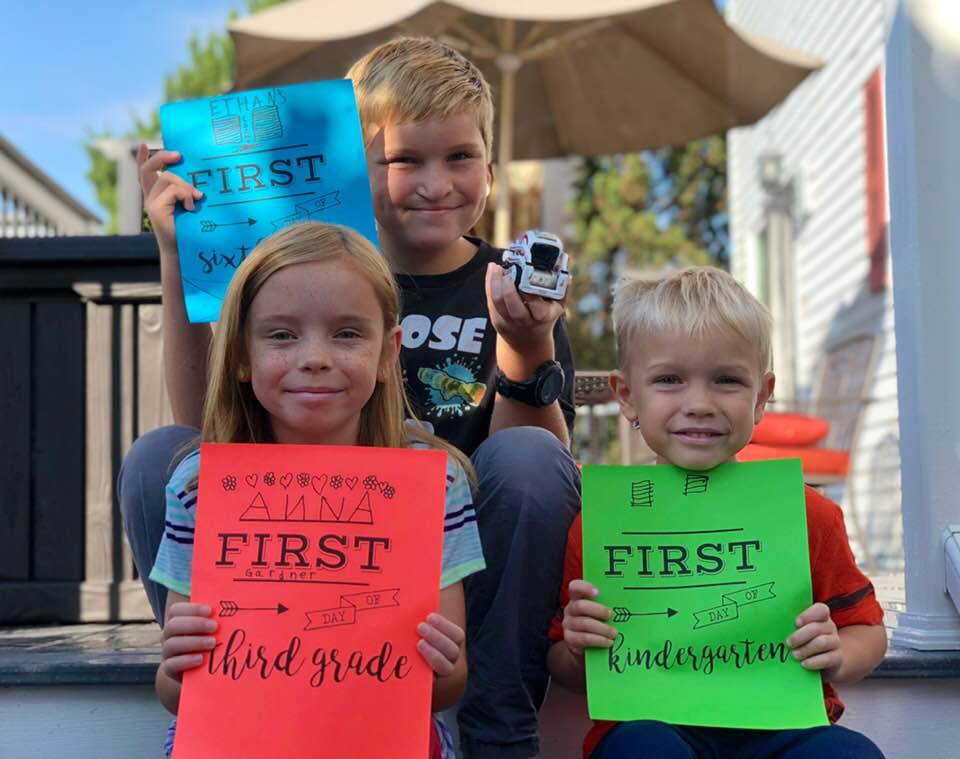 We’re still homeschooling. Elijah started Kindergarten this year, and oddly enough (for this family), he seems to love math. It’s been so much fun watching Elijah mature. He’s sensitive, empathetic, and such an imaginative child. He could play with his cars for an hour, making up storylines and coming up with voices for all the different characters. 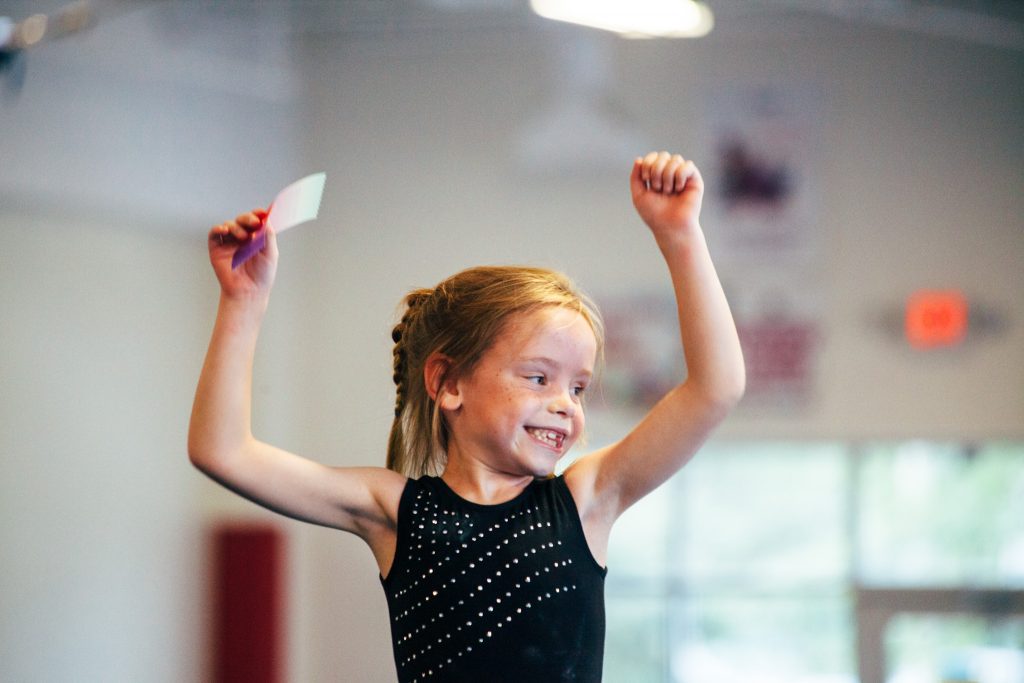 Anna has been taking gymnastics for several years (and loving it), but we stepped up her training a bit this past summer by moving to a newer program / facility that focused primarily on gymnastics and provides a clearer path toward competition. The decision seems to be paying off as she joined a team and has competed in several competitions this year. We weren’t sure if she’d be up for the competitive aspect of the meets, but she thrives on it. She’s also been incredibly focused on practicing her art. The walls of her room are covered with her sketches, and she’s begun to experiment with watercolor and acrylic on canvas. She also loves cooking and has big plans for starting a cafe when she’s older. 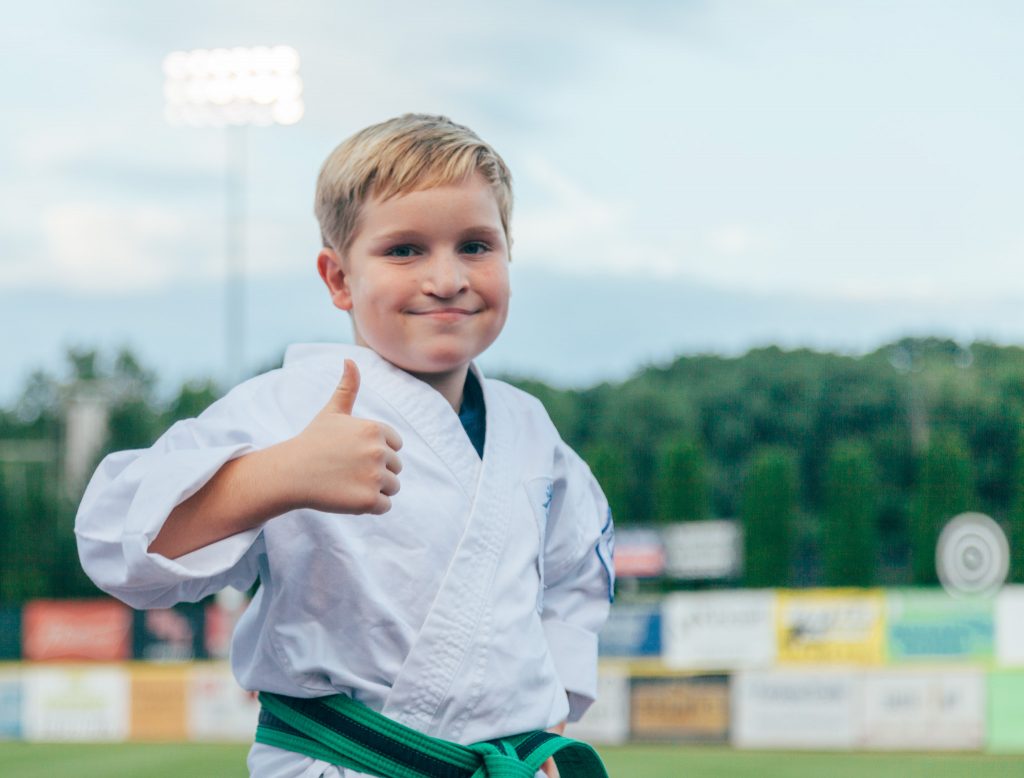 Ethan will celebrate a two and a half years of karate this coming February. It’s been a wonderful fit for him and has helped him learn focus and self-control. He’s been pouring himself into it with very little push from our side. In fact, he very close to graduating to his brown belt. He’s also shown some interest in electrical engineering and computer programming. He’s built some clever contraptions with his SnapCircuits kits, wired up and programmed some functioning electronic devices with an Arduino, and has even done some work building a video game in Unity.

This year, our little hobby farm took a back seat to my web design business (more on that in a later post), which was somewhat ironic given how well everything has been growing. 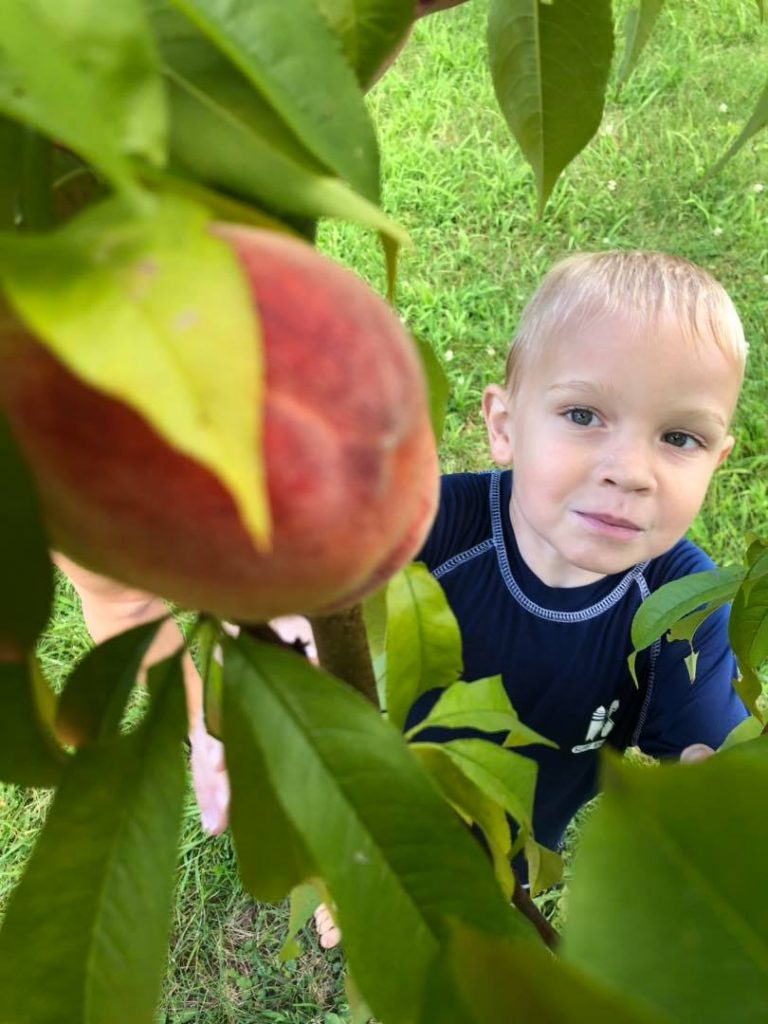 The fruit trees I planted in the fall of 2016 — 2 peach, 2 pear, 2 plum, 4 apple, 1 almond, and 1 cherry — are really starting to mature well. (Though the deer have volunteered to help in the pruning process…) We harvested our first peach crop (4, in all) this past fall! The garden, however, continues to be a mixed bag. Some of our crops like the peas, beans, peppers, and onions did poorly, but our tomatoes, garlic, carrots, potatoes, and lettuce did well. We decided last year that instead of propagating from seeds, we’d buy already propagated plants from the farm down the street. It was a fun to learn the process, but found that it just wasn’t worth the time and effort, especially when their plants grew so much stronger and heartier than ours did. Garlic was a smashing success. It grows over the winter (no weeds) and we use so much of it, so it’s worth whatever work it takes. 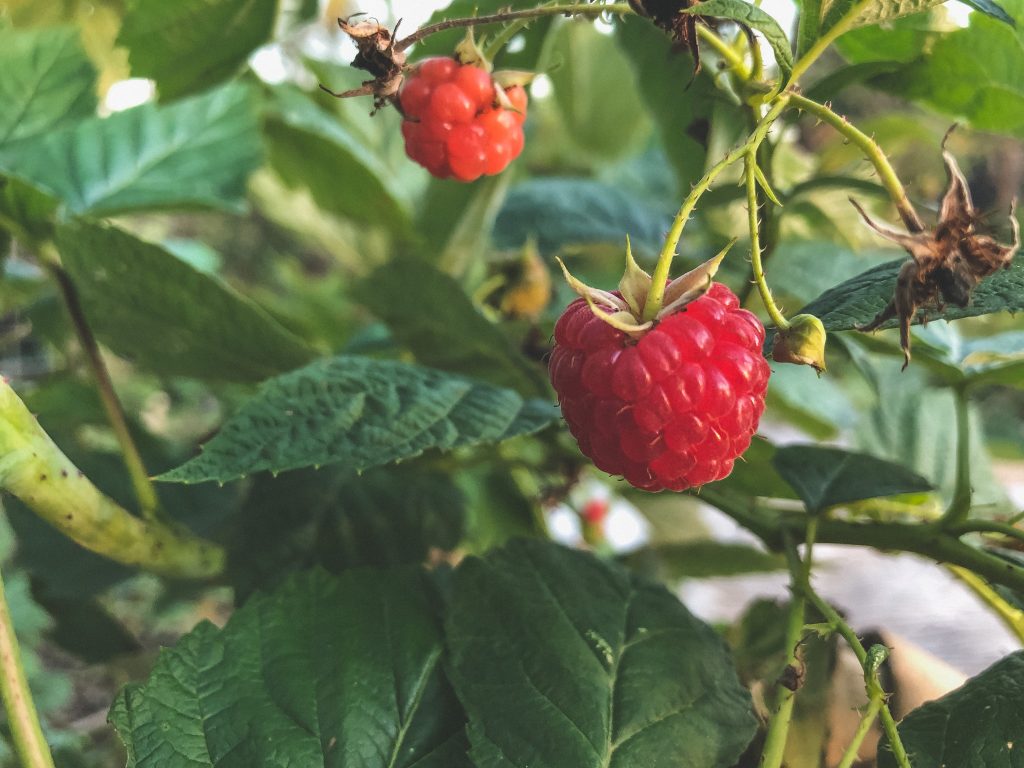 We also had an interesting raspberry “happening” this year.

In the fall of 2018, we went raspberry picking. It was such a wonderful experience, and the jam we made was so delicious, we decided we needed some raspberry plants of our own. So this past spring, we went online and ordered 16 raspberry plants. After a few months went by and we still hadn’t received them, we checked our order status and couldn’t find any record of our purchase. We decided that we must not have actually confirmed the purchase. Deflated and a bit rushed to get it in before the days got too hot, we went online and ordered 16 more.  They arrived within a week, and we got to work: tilling the ground, planted them, and fenced in the area where we planted them.

Then a few days later, the original 16 plants arrived.

So if anyone is looking for some berry picking in 2020… 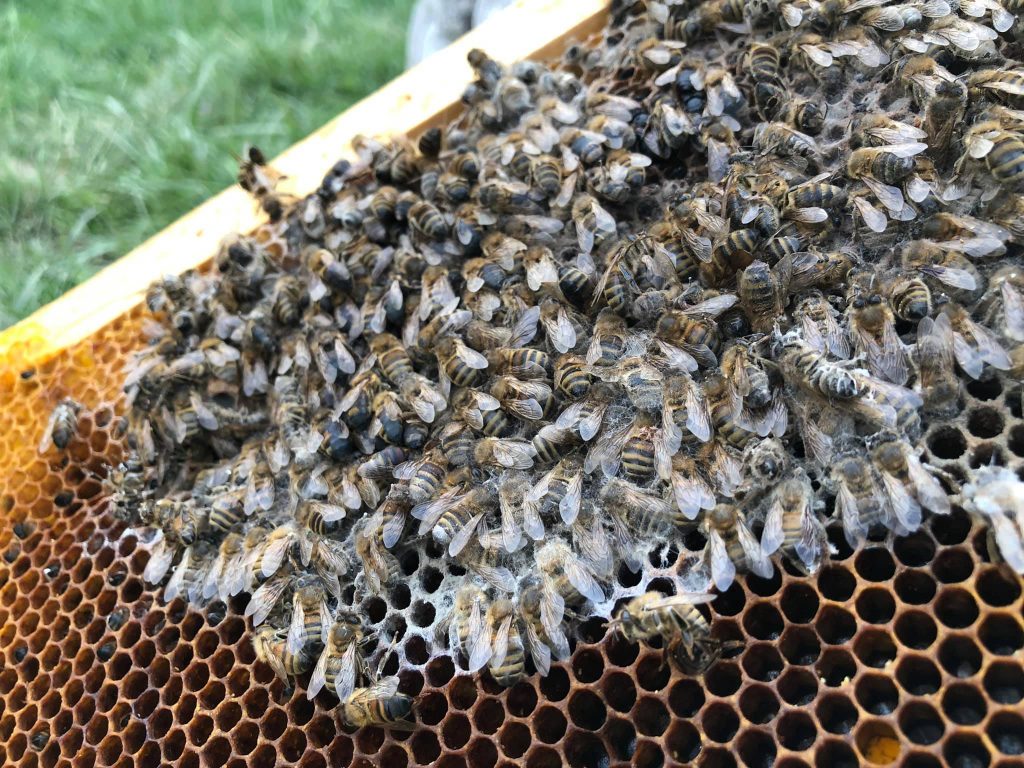 The bees have also been newsworthy these last few years (though bittersweetly so).

In 2017, we had a tremendous snowstorm that buried us in three feet of snow and blew the cover off my hive. I thought for sure the bees were finished; but when I opened the hive for the spring cleaning, I discovered that they had, in fact, survived. (Life, uh, finds a way.) We harvested nearly 28lbs. of honey in 2017 and another 30lbs or so in 2018. 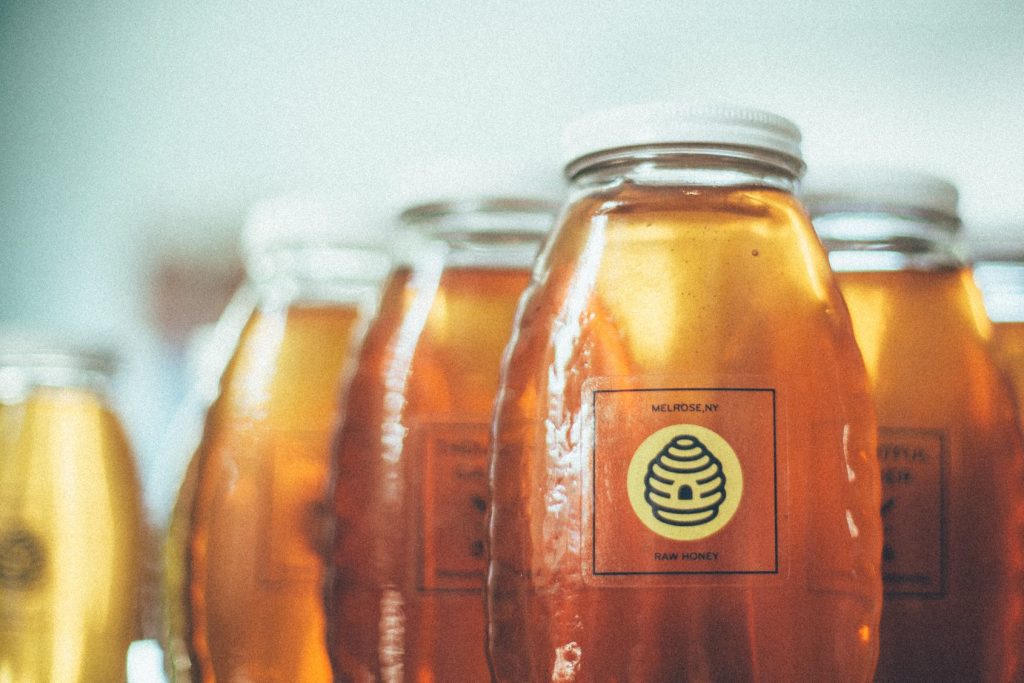 But things took a turn for the worst last fall. During harvest, I got stung… a lot. I’m not sure why, but the bees were more agitated than I’d ever seen them, and they stung me 20 times through thick jeans, which almost never happens. My reaction to bee stings has typically been slight — a slow swelling over a few days; this time was no different. 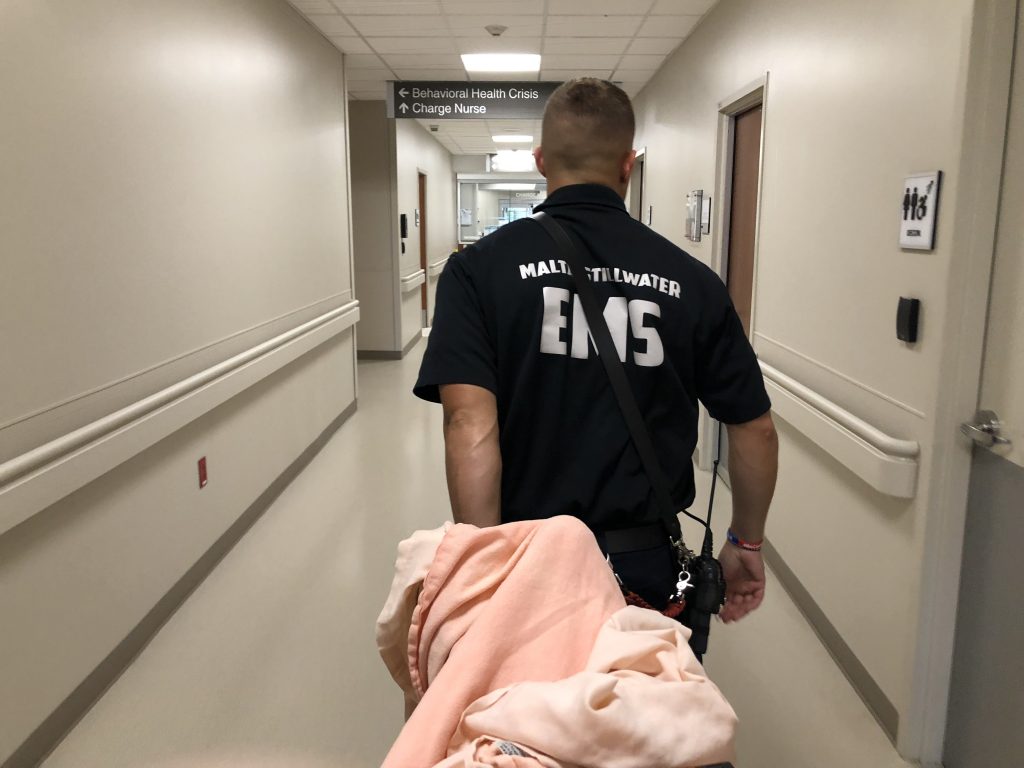 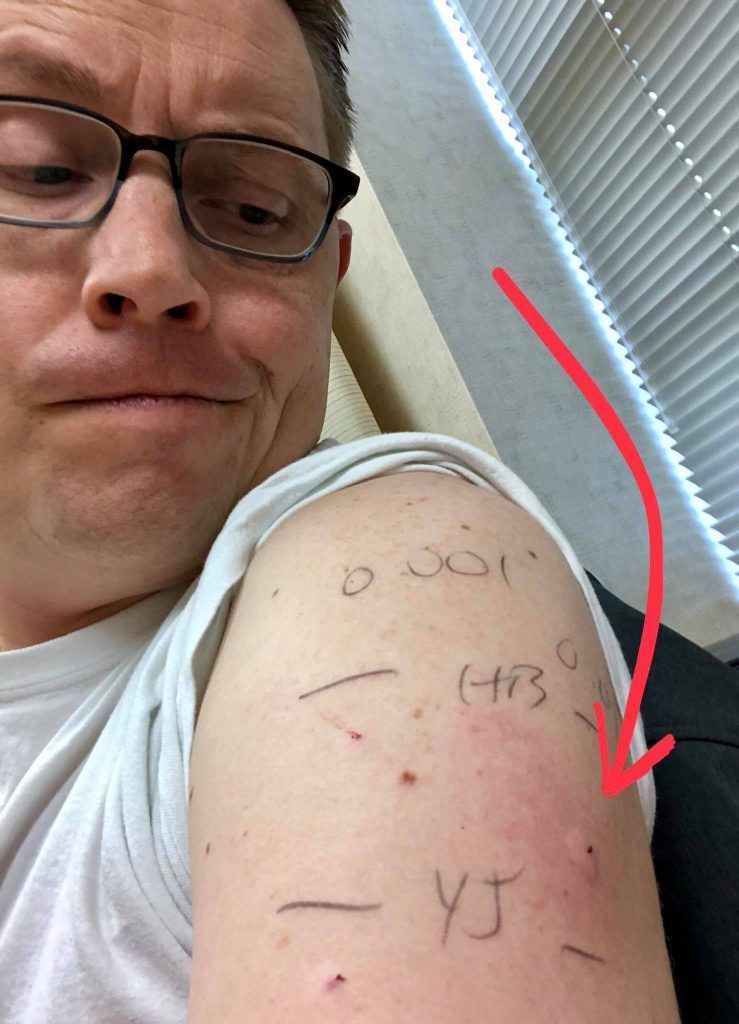 However, a week later, while picking up some equipment I’d left down by the hive, I got stung once on the top of my head and went into anaphylactic shock. After a trip to urgent care, the ER, and an allergist, it was confirmed: I’m now really allergic to bees. I debated about what to do with my hive, especially since I was hoping to purchase a few more and place them in our orchard. I planned to donate the hive to a local beekeeper in exchange for some of the honey, but when spring rolled around, we checked the hive and they had all died. It was unfortunate, but probably for the best. 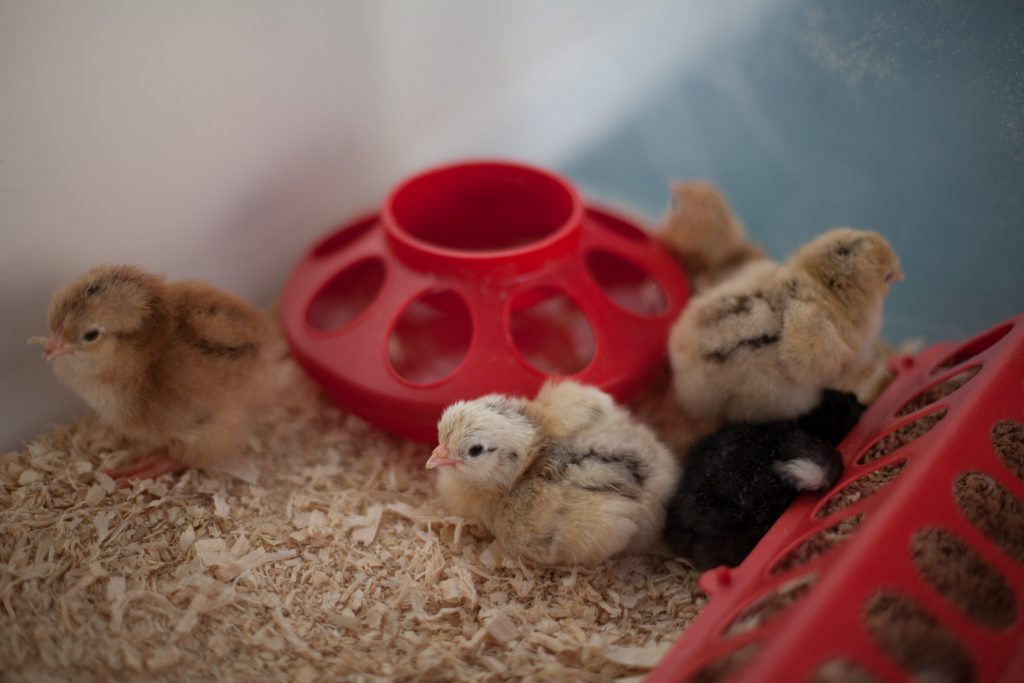 The chickens also surprised us. In 2016, we procured a rooster from the side of the road (a long story that involved me running full-tilt through the woods), so last year we had plenty of fertilized eggs to incubate. In 2016, we incubated 15 eggs and hatched only 1 chick. In 2017, we incubated 20… and hatched 11. facepalm Sadly, our coop space issues were remedied rather quickly when a weasel (I’m guessing) squeezed through the pen fencing and dispatched with 7 of them. The ones that remained, however, grew to be quite productive — so much so that we decided not to incubate any new eggs last year. However, our numbers have dwindled over the past year for various reasons (hawk, illness, disappearance), and we’re down to a single rooster and two hens. We’re still debating about whether or not to get new chicks this spring.

If you’ve been following along with my December “31 Days of Making” project, you’ve seen some of the major work we’ve done over our house in 2019. 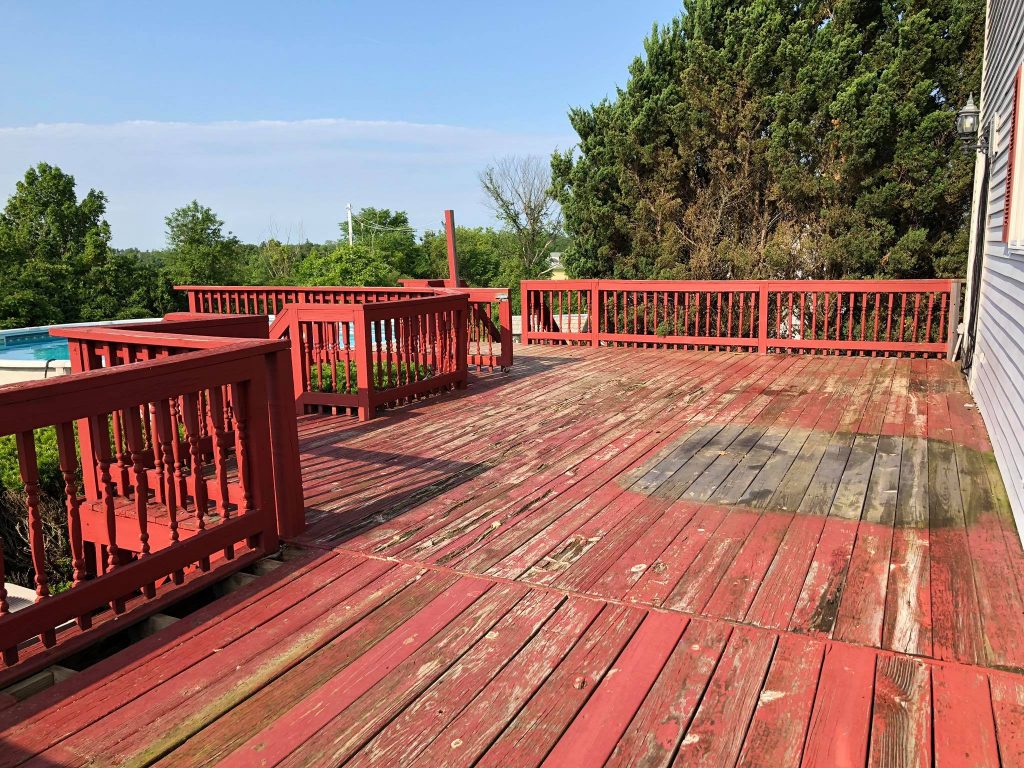 Desperately in need of a new deck 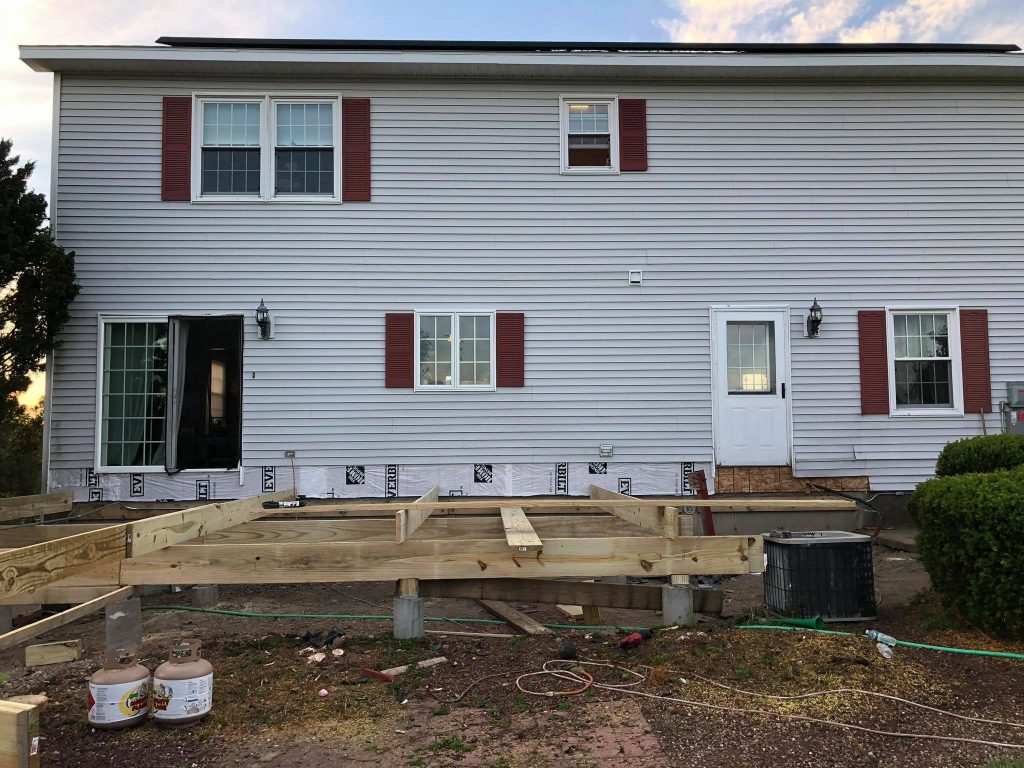 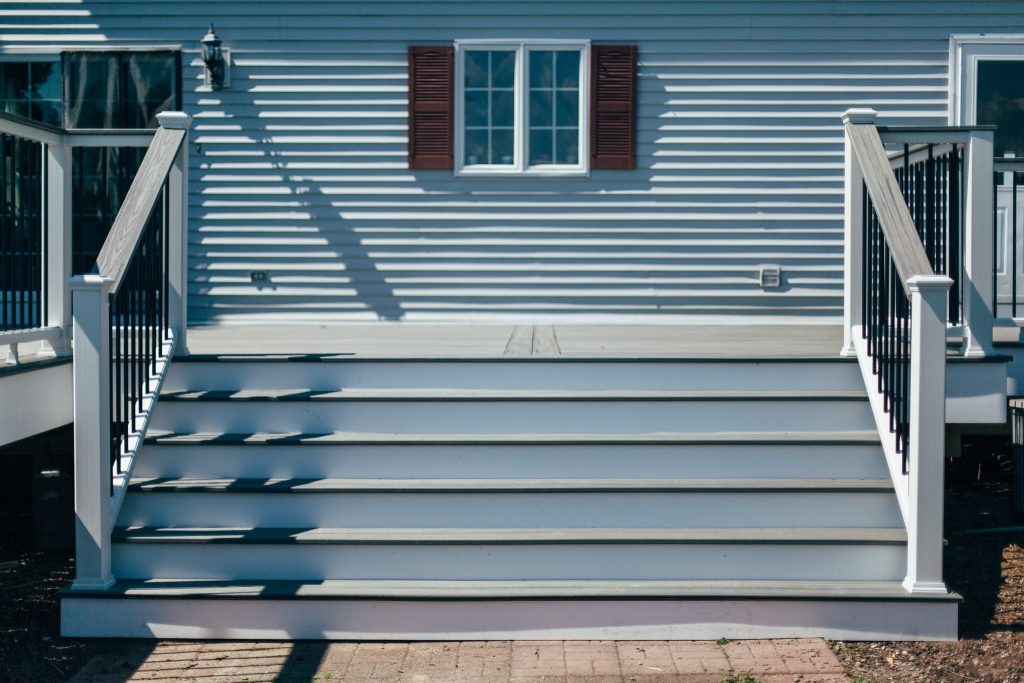 Earlier this year (after one of our kids stepped through a rotted board), we decided it was time to replace our deck. We hired out the project to some great contractors since I was mid-project for my own consulting business.  They really did a fantastic job on the deck, and we decided to take advantage of them being here and have them take care of some substantial changes we had been wanting to make inside the house.

Most notably, we wanted to address a practical issue: whenever people would come visit, there was only one “public area” to hang out, and it had the television. So good conversations ended up happening in our kitchen, which meant a lot of standing around. 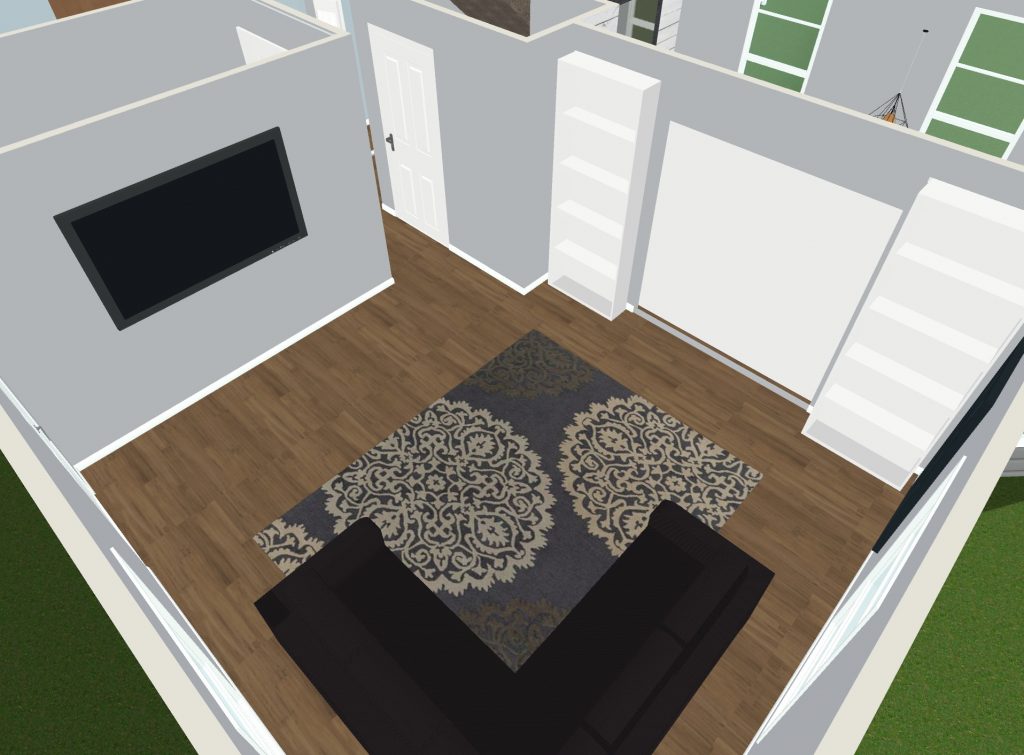 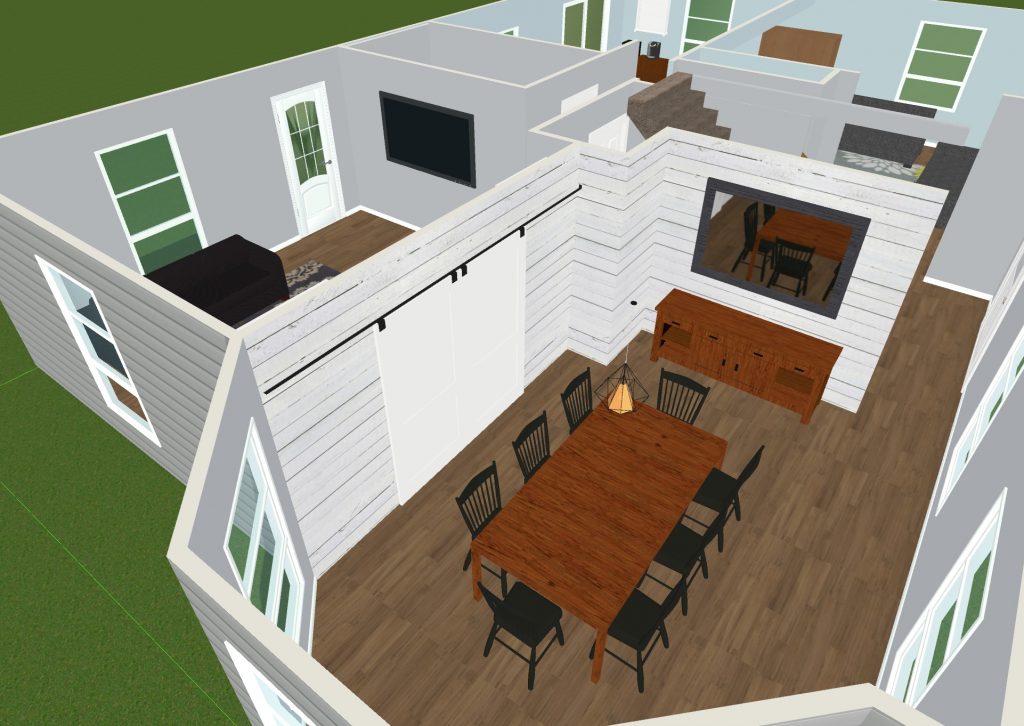 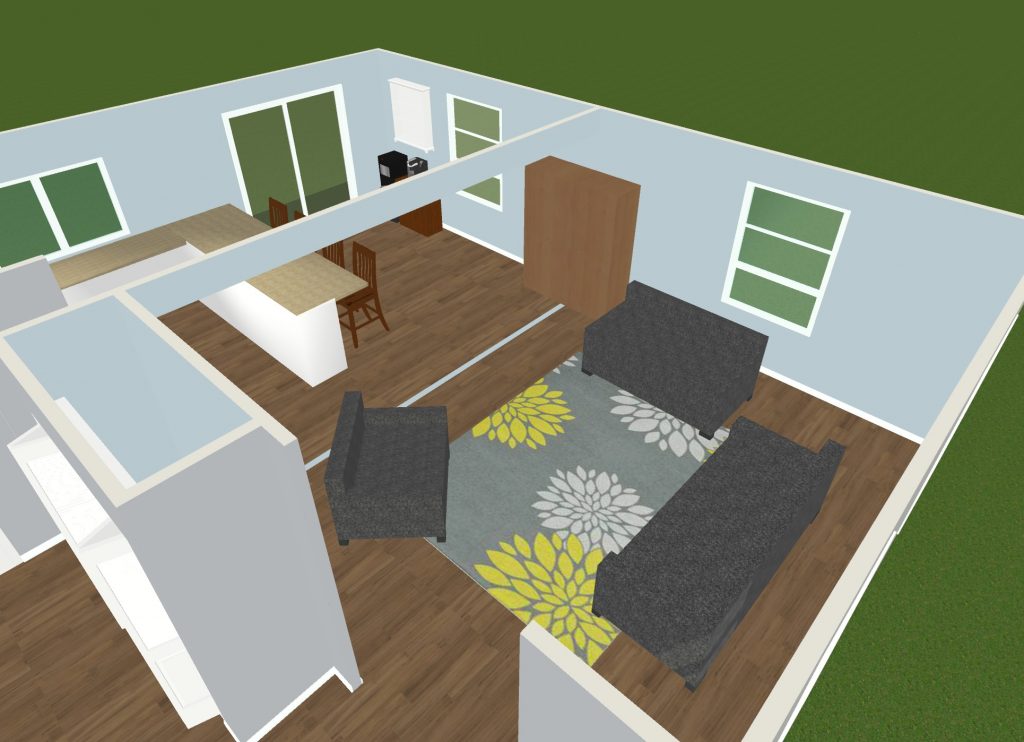 You can get a sense of the new flow from these renderings I created early on in the project. 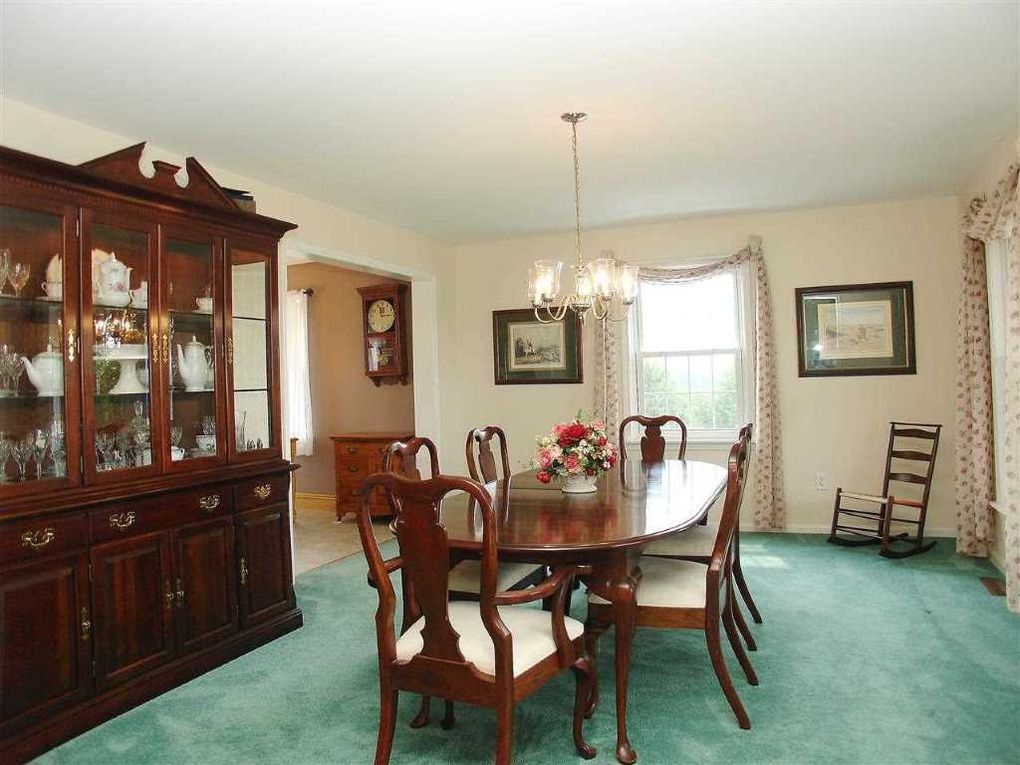 The old dining room was walled off from the kitchen. 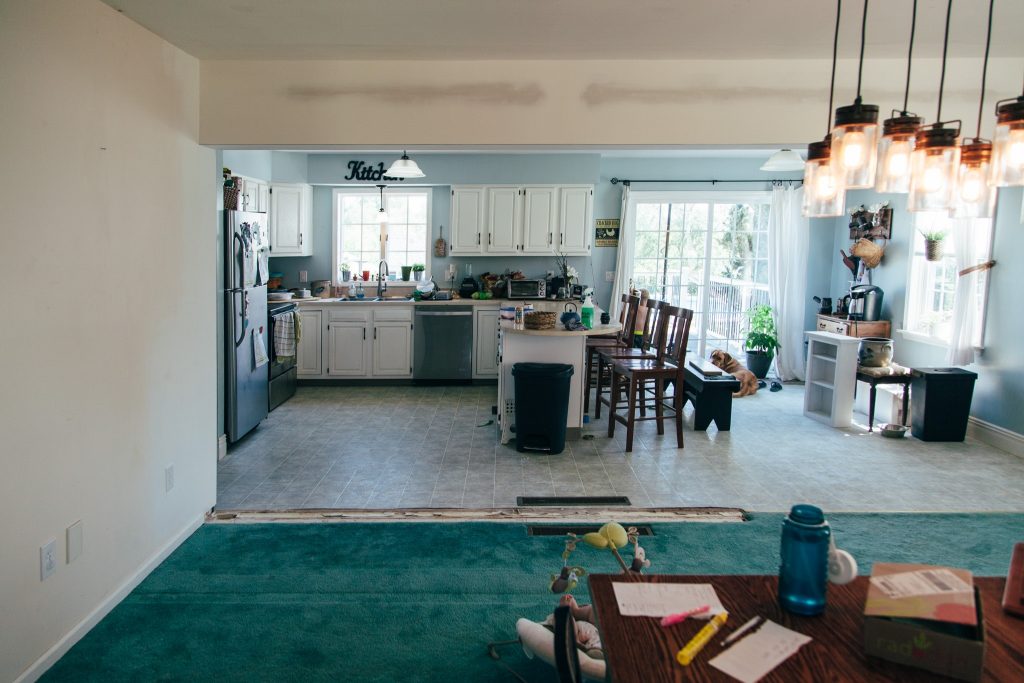 The open floor plan is more in line with how we like to spend time at home. 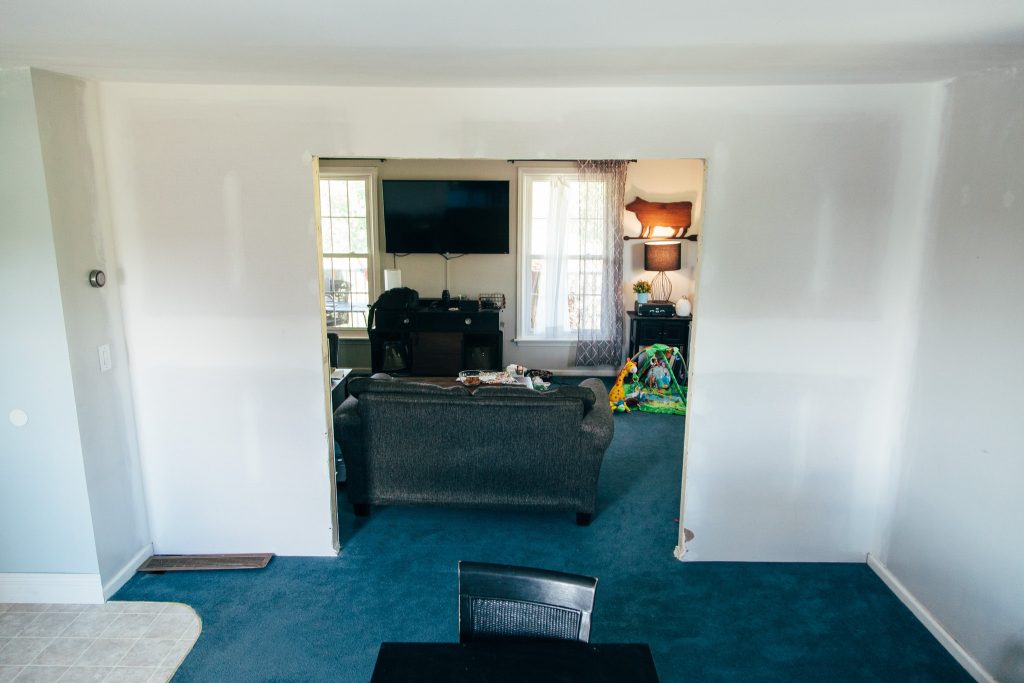 Those early layout changes were relatively inexpensive, but they made it easy to envision the end result and imagine the new flow of the house. 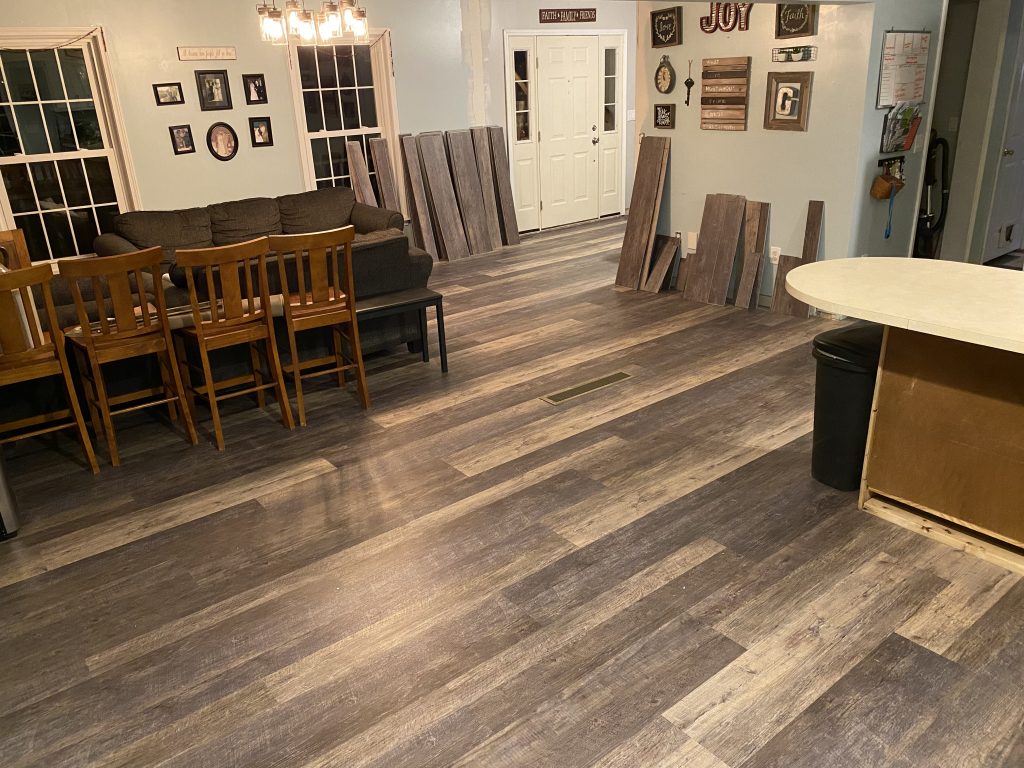 Installing new flooring has also been a big step in bringing all of these new open areas together. We’ll probably be working on these renovations over the next month or two, but the big pieces are in place, and we’re starting to catch a glimpse of the reality that only existed in renderings a few months ago. 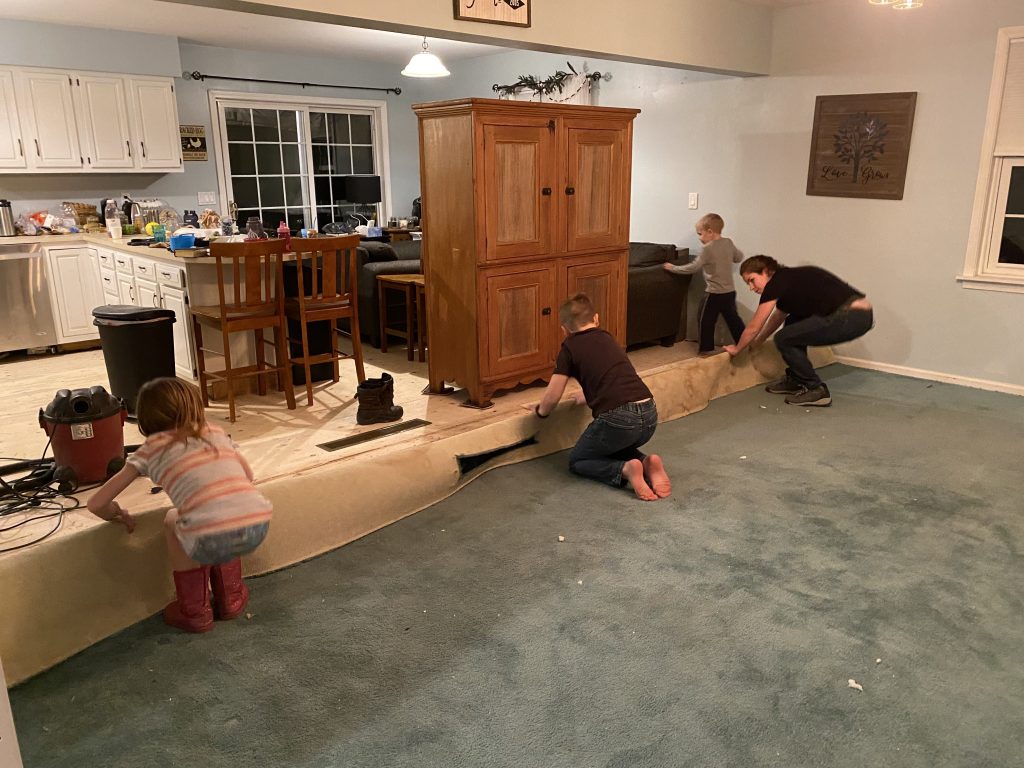 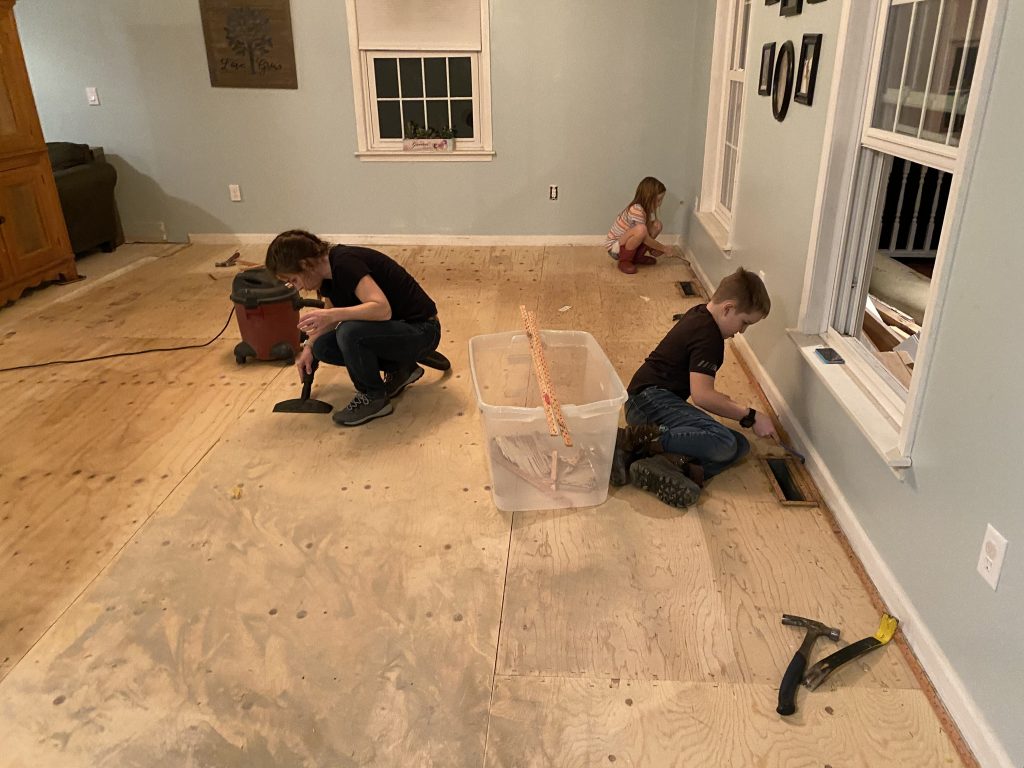 More exciting, though, than any of these physical changes to our house have been the camaraderie and ownership these changes have brought to our family. Working together, late into the night… these are the kind of memories that will last their entire life.

Speaking of memories — we’ve made some incredible memories over the last few years with our travels: Ocean City, Yosemite, Grand Canyon, Ireland… but this is already a tome, so I’ll save those recollections for Part 2 of our Year In Review. 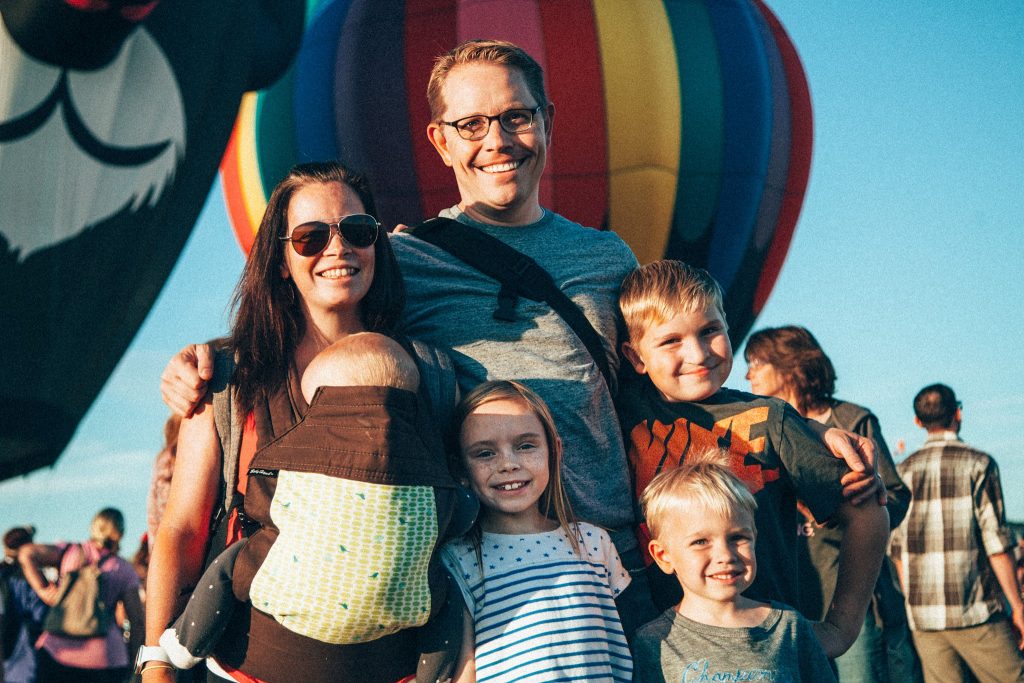