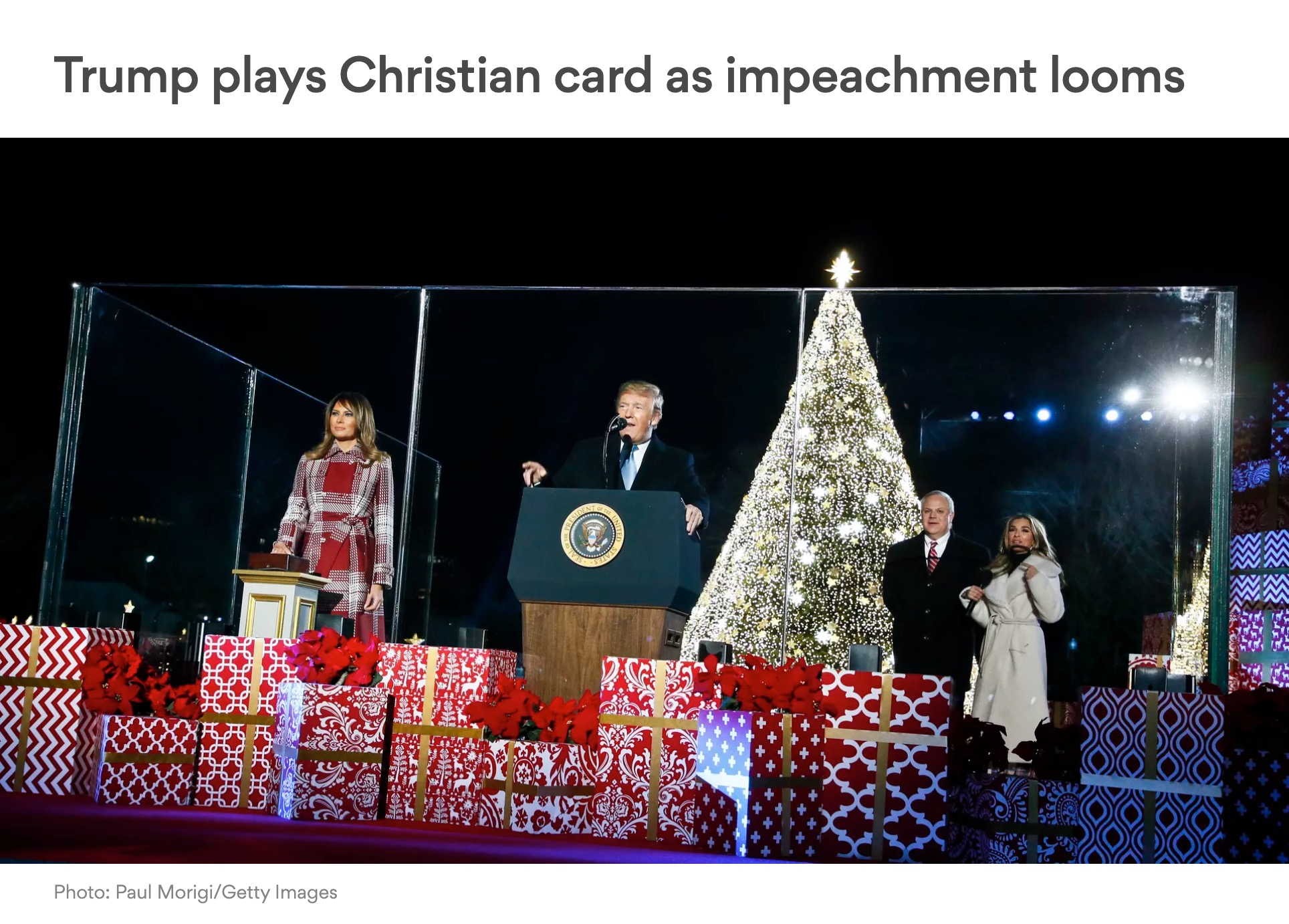 Why do you write so much about faith and politics?

Look, I get it. It wouldn’t be the first time someone thought I should (or even told me to) pipe down about politics. But for those of you who have managed to make it this far, here are a few reasons why I feel compelled to speak up:

At the end of the day, I do pray for the President, but I don’t pray that he succeeds or that people don’t bring him down. I pray that God will be glorified through him — and sometimes, like Nebuchadnezzar, that means he may have to go out to pasture (pun intended).

But that’s not my greatest concern. Trump is a narcissist driven above all by his own self-interest. As Psalms 37 says, people like that eventually fade like the grass and wither like the green herb.

My greatest concern is for the followers of Christ who are willing to embrace wanton sinful behavior in exchange for political gain.

I’ve long believed that our responsibility is to do what’s right and let God work out the consequences. But many Christians feel the allure that the early Zionists did — wanting Jesus to bring political salvation instead of spiritual salvation, and feeling disillusioned and disappointed when he didn’t. They’ve confused (and in some cases even co-mingled) American nationalism with Christianity, and the results are a mutated, cancerous faith and a frightening, godless theocracy.

That’s why I write about faith and politics so much lately.

For those of you that made it all the way through this without rage-quitting… any questions?