Good friends of ours organized a trip to the Outer Banks of North Carolina. The house we rented was beautiful and gigantic and normally very expensive, but splitting the off-season cost seven ways it only cost us a few hundred dollars each. 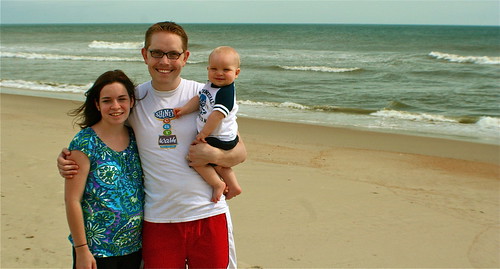 We did so much during the week that I could ramble on and on about all the details, but instead I’ll touch on the highlights: 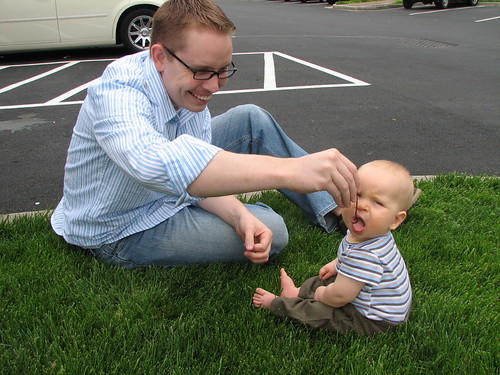 Jessica, Ethan and I made the trip down with my sister and her husband and one year old son. Both of the boys were well behaved on the trip—probably because I fed Ethan a worm at a rest area. (I swear I was just showing it to him and he stuck out his tongue!) 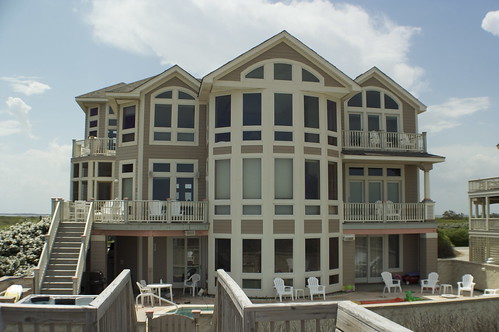 The house was beautiful. Unfortunately, I didn’t take a video tour of the place like I wanted to, so you’ll have to imagine from the pictures. The house had three floors and we were on the top with a balcony looking out over Currituck Bay.

It also had a heated pool (at times frigid and at other times scalding) where we discovered much to our surprise (you may recall our kiddie pool adventure) that Ethan is a water rat. He’s also a big connoisseur of sand—I think he ate four or five handfuls before we caught on. 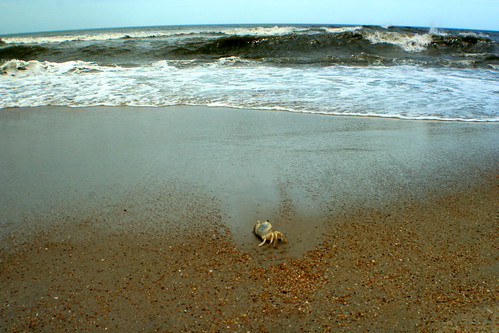 The shoreline was littered with crabs—mostly blue crabs—though they were usually tucked away in their holes. At night, they’d come out in droves and you could see fifty to a hundred any where you shined a flashlight. 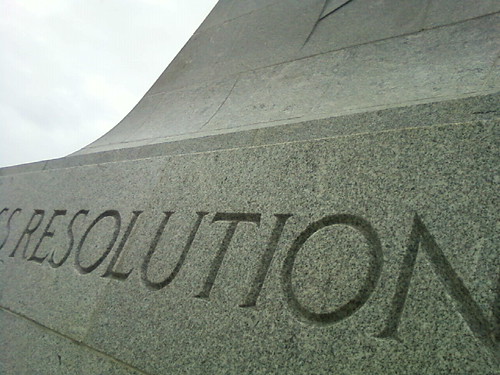 We were surprisingly close to Kitty Hawk, so we decided to brave the foul weather and visit the Wright Brother’s Museum and Kill Devil Hill where Orville and Wilbur made the first engine powered flight. We stopped by Cap’n Frank’s Hot Dog stand on the way home and had all manner of heartburn-inducing dogs and some real, honest-to-goodness hushpuppies. 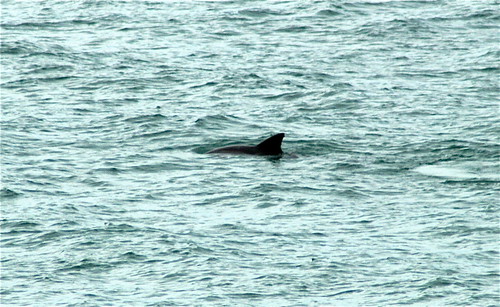 Pelicans and dolphins frequented the ocean just off the beach. The pelicans would fly in groups of three to six just above the water looking for food, sometimes riding just under the crest of the wave like a surfer. When several pods of dolphins came past the house, one of our friends swam out close and the dolphins responded by coming in close to the shore—within fifty feet or so—and began performing for us, flipping in the air and dancing with each other. It was tough to guess where they would be jumping out the water, so that’s why the pictures aren’t nearly as stunning as being there. 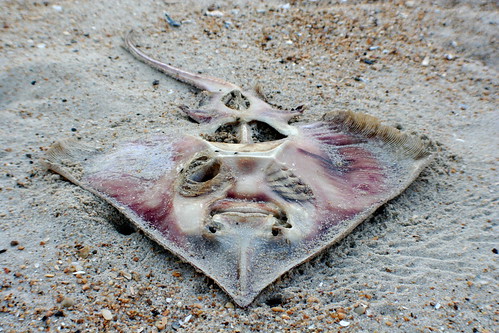 Not only was the shore littered with crabs, but all sorts of bizarre sea treasures washed ashore. The dead sting ray above is just one of the many odd things we found on the beach. Horseshoe crabs, blowfish, whelk egg casings, more dead rays and even a live deer! 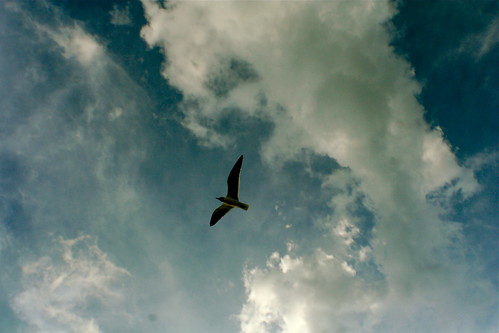 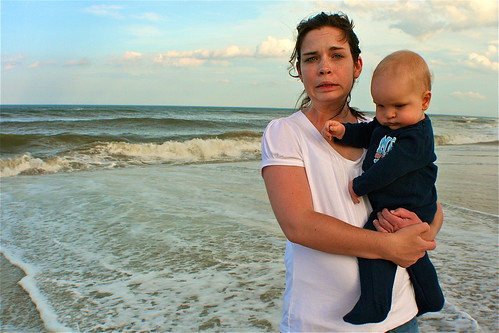 The weather was perhaps the biggest surprise of the week. The weather report predicted rain all week, but I forgot that when you’re near the ocean, the storms move in and out rather quickly. So while each day had rain, it only lasted a few hours and the rest of the day was gorgeous—making for beautiful kite flying weather!

Of course, big storms make for dramatic sunsets and sunrises. (Sadly, the picture of the thunderstorm didn’t turn out.) 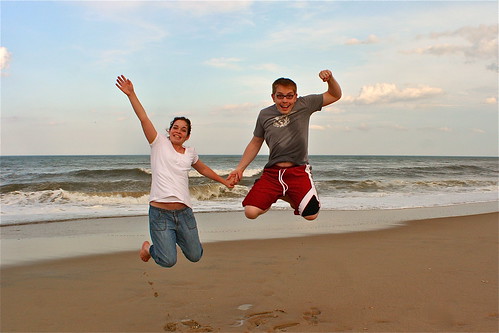 There were so many other wonderful things about the week: exploring Corolla, relaxing on the beach, taking pictures, Nerf wars, rainbows, friends and family. But it’s Monday again, so I’ve got to file those under memories now and move on! 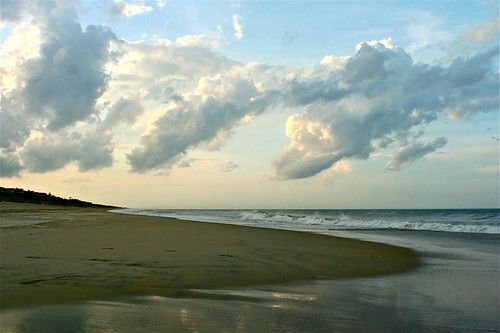