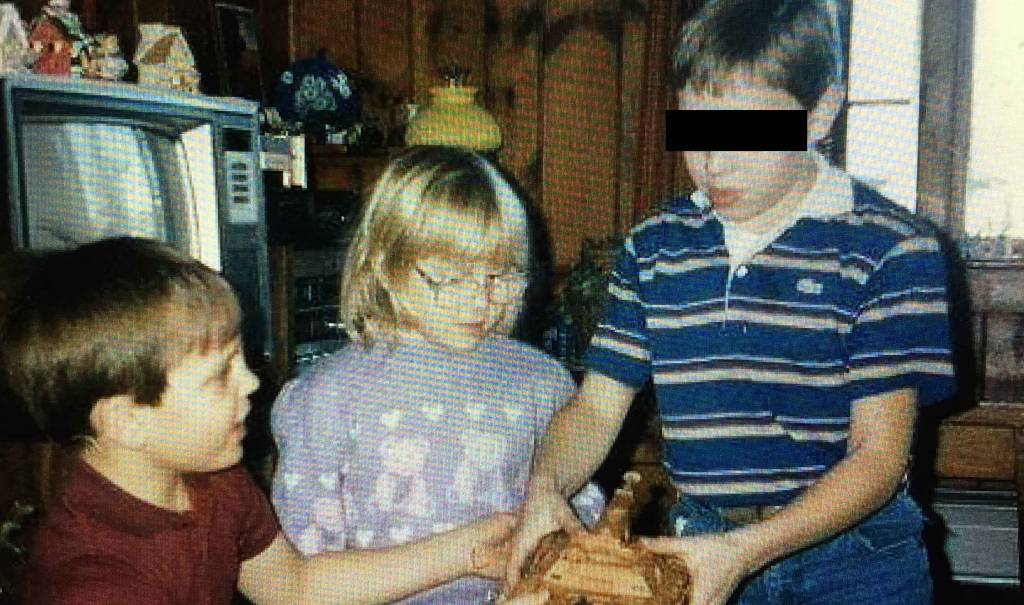 Every night at bedtime, my kids ask me to tell them a Jason story. Jason is a boy whose life is filled with adventure. And unlike most made-up stories that parents tell, Jason’s world is filled with the kind of detail and situations, just the right level of real life to make the stories relatable. Most importantly, the stuff Jason deals with is the same kind of stuff a kid would deal with. And he doesn’t always make the best choices.

For example, one day when he was 6 years old, Jason was sick of how long and shaggy his hair had gotten, so he cut it himself. He had asked his mom several times to cut it, but, like a grownup, she just hadn’t gotten around to cutting it, so he took matters into his own hands, and as you might expect (if you’re a grownup) it was a disaster. And on that same day, while he was out climbing on the swing set, a bee landed on his nose and instead of letting it fly away, his aunt swatted at it, which, of course, caused the bee to sting Jason right on the tip of his nose. Oh, and, Jason was slightly allergic to bees, so… clown-cut bangs, red nose, swollen face and eyes… he looked like… well, I’ll put it like Jason’s grandma put it: he looked like a Chinese boxer.

See, Jason’s a good kid, but his curiosity always seems to get the best of him and gets him into trouble. He doesn’t mean for things to go wrong, but sometimes… that’s just how it ends up. He doesn’t think like a grown up, he thinks like… well, like a kid.

If you haven’t figured it out it by now… I’m Jason. Or rather, Jason is me. I created “Jason” as a way to tell my kids stories about my childhood without actually using my name. I didn’t have any profound reason for this, I just thought it would be more fun for my kids than daddy babbling about his childhood.

But one of the amazing things that I started to notice right away was that using a pseudonym for my childhood stories gave my children the freedom to comment openly on Jason’s — well, my — behavior. They get to say, “that was kind of dumb of Jason” or “oh, Jason should have known better.” And I get to agree wholeheartedly. It’s really incredible how much they open up about Jason’s choices. I can’t help but think they wouldn’t be as open if they knew the story was about their dad.

[To this day, my kids still don’t know that Jason stories are my stories, though I think they might be starting to get suspicious. The other day, I showed my kids a scar on my arm that I got when a big coffee pot full of boiling water spilled onto my arm. My daughter saw it and exclaimed, “Hey! Just like Jason!” Whoops… almost busted.]

The whole “Jason stories” thing has been fun, but here’s the best part, and it’s something I hadn’t anticipated. When I started telling these stories, I had about 20 or 30 that came to mind easily—like the haircut and bee sting. [And there were some other stories that stood out in my mind, like the time my dad ran face first into an iron spike while we were sledding, or the time we saw a head floating in Lake Champlain that actually turned out to be someone swimming across. ] But after working through that list, I realized pretty quickly that there was a LOT of my life I couldn’t remember—we’re talking 18 years of life and I can’t remember 2 stories a year! In fact, after getting through my list, one night I told my kids a pretty boring Jason story and afterwards, my son leaned over the railing of his bunk bed and said, “You’re really scraping the bottom of the barrel, dad.”

And I was. So I was forced to think back, more intentionally, through my childhood, walk the old roads, float through the old houses, visit the old hangouts, replay conversations with old friends and try to recall how I viewed the world as a child, what I cared about, what motivated me.

Suddenly, I was rediscovering all these lost stories while walking in Jason’s footsteps. It was like finding an old box of home movies, replaying scenes, remembering stories that were once really important to me but that I had forgotten and had forgotten I had forgotten. There was Jason, flying my first kite, a giant dragon kite with a long tail that flew higher and higher until the string jumped off its spool and I watched helplessly as it flew up and away, it’s tiny string racing up the lawn just out of reach.

I never did get that kite back, but these old childhood threads… they’re still well within reach, and worth grabbing, if only to hand to my children.